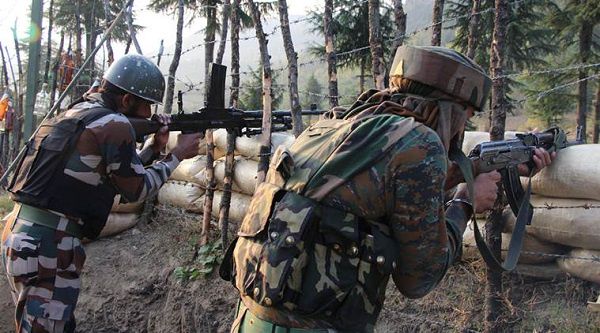 On Friday the army pounded several Pakistani Bunkers along the LOC

On Friday the Indian Army released multiple videos showing airstrikes conducted by them upon the Pakistani Army and their bunkers along the Line of Control in Kashmir. The targets included troop bunkers, ammunition stores and fuel batches.

The army confirmed that they had managed to kill 8 Pakistani Soldiers and Injured 12 more. Later the Army intercepted Pakistani communications to find that 2 of the eight soldiers killed belonged to the Pakistani Special Services group.

The retaliation came after Pakistan shelled civilian areas in Dawar, Keran, Uri, and Naugam sectors of Northern Kashmir. This ended with the death of 5 soldiers and 6 civilians with many more being injured.

In videos shared by the Army, you can see a PAF Soldier try to outrun an incoming anti-tank missile, a bunker going up in flames, and the rubble that is left in its aftermath. You can watch the videos here 1, 2, 3

Also Read: 1 Officer and 3 Jawans Martyred on a brutal night in Kashmir

The unprovoked ceasefire-violation by the nation is only the latest in a continuing pattern of promoting instability in the region. Earlier this week infiltration attempts were stopped by soldiers in the Machil Sector or Northern Kashmir’s Kupwara sector which saw 3 terrorists killed and 4 soldiers lose their life.

This year has seen an increasing number of such incidents at the LoC. Karachi has especially escalated the frequency of these attacks in the last two months with over 394 violations in October itself. Last year there were 3233 such violations while this year saw 4025 incidents,

Also Read: GDP contracts by 8.6% in Q2, India heads to a “Technical Recession”