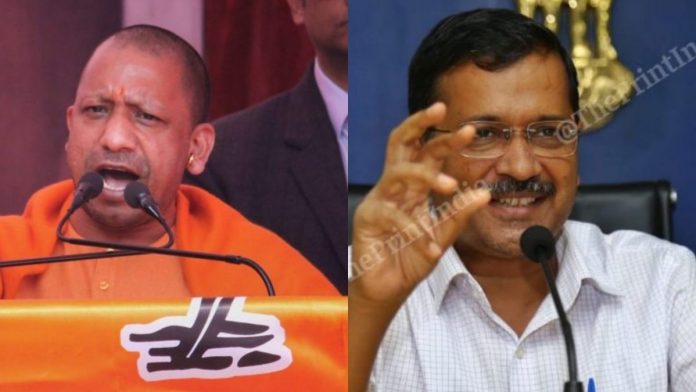 The AAP has had its units in Uttar Pradesh since the dawn of the party in 2014, however this will be the first time they contest in the polls.

New Delhi: In a video announcement by the party chief and Delhi Chief Minister Arvind Kejriwal, he announced that the AAP will contest in the UP 2022 polls. The Announcement was made mid-Tuesday through the party’s social media handles.

The Aam Aadmi Party has had it’s divisions operating the state since the party’s inception in 2014. They campaigned against the BJP in 2017 UP Assembly polls however they did not contest. The BJP were able to secure 312 seats that election. Providing them with an easy majority in the 402 seat Assembly. The Samajwadi Party came second with a mere 47 seats.

Kejriwal’s address was regarding development and public welfare. “Why is it that the people of Delhi can have free electricity but the people of UP have to pay massive bills? Why is it that a parent in Kanpur has to send his child to Delhi for a good education when the state should be able to provide that? ” the AAP leader questioned.

Kejriwal went on to promise a complete change in the politics of the state. “Every corrupt official, elected or not in the public sector will be held accountable” The leader claimed the AAP can deliver on various aspects from Public Welfare to Women’s safety in the state. (Referring to the installment of CCTV cameras across Delhi)

The CM said that many of his associates had asked him and his party to contest in UP so that the same facilities that the poeple of Delhi enjoy can be delivered to the citizens of Uttar Pradesh. “Can’t India’s biggest state, also become it’s biggest exemplar of development?” questioned Kejriwal.

He ended his address by saying the only thing that has been halting progress in the state is dirty politics. The answer top that in his view is the AAP. He asked the people of UP to put their faith in him just like the people of Delhi had.

Also Read: Iran’s exiled Journalist executed after for instigation of mass protests in 2017