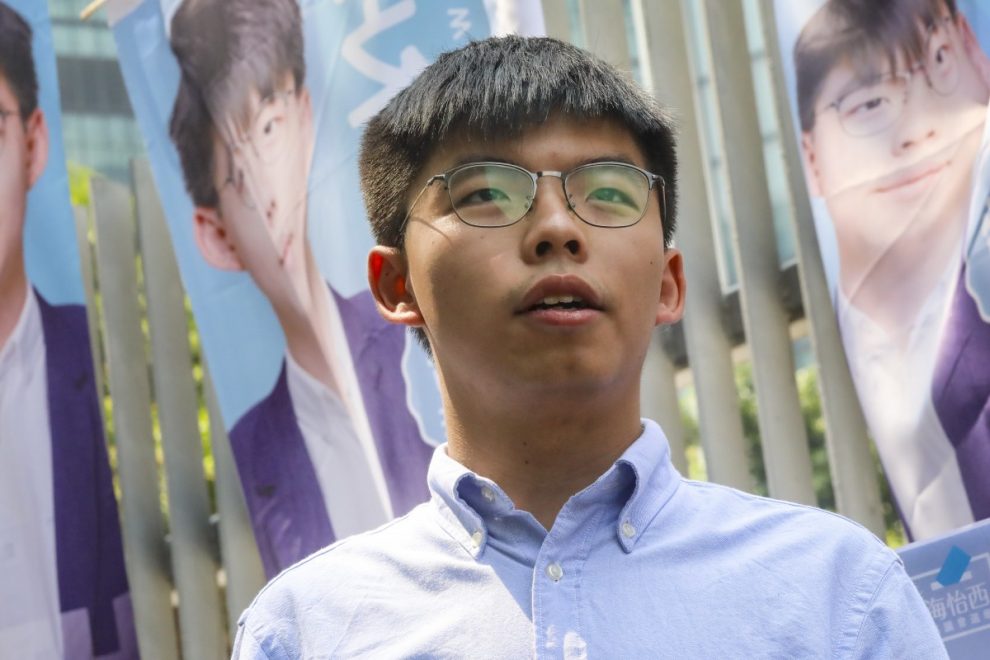 Hong Kong: Activist Joshua Wong who had been leading pro-democracy protests in Hong Kong was remanded in custody on Monday after pleading guilty to charges from last year’s anti-government protests accusing him of organising and inciting an unauthorized assembly near the police headquarters

Wong became the face of the pro-democracy movement in Hong Kong back in 2014 when he was only 17 years old. Wong could face up to three years of imprisonment the sentence for which will be declared by 2nd December 2:00 pm

“Everyone hang in there! Add oil” shouted the activist as he was being taken out of the court room. He was referring to a popular Cantonese expression of encouragement often used during protests.

Joshua then took to Twitter to remind people about the 12 Hong Kong citizens who were detained by China as they were trying to flee to Taiwan. “Comparing to remanded, #save12hkyouths in China deserves more of our attention. Today marks the 93rd day of their detention. Their families finally received letters from the dozen, signifying that they are still alive. #SAVE12 campaign managed pressure China.” He tweeted

As he awaits trial he is not alone. Authorities have been charging protestors ever since the movement started. In fact, the 12 detained Hong Kong citizens themselves were trying to evade charges laid on them last year for being present at a protest.

“What we are doing now is to explain the value of freedom to the world,” Mr. Wong added. “I’m still learning to conquer the fear and I believe you are with me along this journey.”

Wong seemed rather calm and calculated despite his young age. Talking to reports outside the court he said, ““Emotionally I am reluctant in every way to be jailed but rationally I have absolutely no space to complain in comparison with many others,” referring to the hundreds of protestors already jailed by authorities

Mr. Wong did not plead guilty to a third charge of knowingly participating in an unauthorised assembly after the prosecution offered no evidence for it.

Agnes Chow and Ivan Lam, who are long-time friends and fellows activists to Wong also pleaded guilty for similar charges, and will remain in custody

Israel strikes back at Hamas.
TikTok hopes to relaunch in India.
Comment