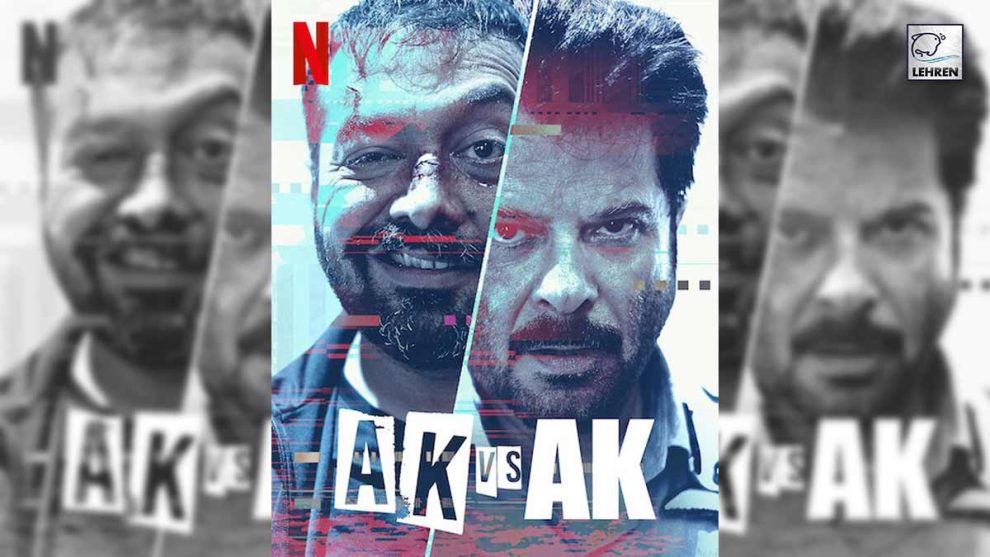 Recently Netflix released Anil Kapoor and Anurag Kashyap in a dark comedy thriller, AK vs AK in what is a genre of film very rarely explored in Bollywood, meta-film making. Yes to the uninitiated the first few minutes of the film may seem to be rather confusing with the story jumping right to its heart. Within a few minutes you realize that it indeed is a movie and not a documentary and that the actors are playing themselves.

The movie is set on the premise of Kashyap, who is helping film student Yogita with her project. A scheduled stage talk between Kashyap and Kapoor turns sour due to a verbal scuffle between the two about working together in the green room. After that night, Kashyap’s reputation is completely embellished by the media, who decides a fitting reply would be to make a movie with Kapoor without him having a say in it.

AK vs AK: A battle of the insider and outsider

AK vs AK is a rather anxiety inducing film with fast moving and constantly evolving narrative as Anil Kapoor tries to rescue his daughter (Sonam Kapoor) after she was kidnapped by Anurag Kashyap’s men for whom it is all part of “the script”. Kapoor has till sunrise to save his daughter

The movie explores basic themes of parental love to more darker elements of an artist being taken over by his art to a physcotic level. The movie is a tale about an dynast’ outlook on how to float through the industry pitched against the instinct of an outsider to simply survive in the industry.

Overall the film surely is must watch if you are tired of the same old same old bollywood and want a reasonable but equally enthralling film, AK vs AK should be at the top of your list. You can watch it here on Netflix.

Death to 2020: A befitting reply to a horrible year
Tokyo Ghoul Season 5: Are We Getting Another Season?
Comment