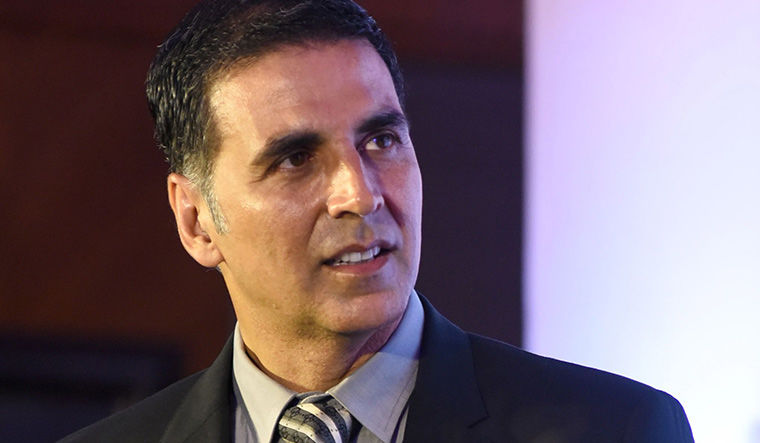 “Our client (Akshay Kumar) states that because of your (Rashid Siddiquee’s) scandalous, defamatory and derogatory videos, he has suffered mental trauma agony and huge loss, including loss of reputation and goodwill, which our client quantifies at ₹ 500 crores. The said videos make several false and baseless allegations against our client that he helped Rhea Chakraborty abscond to Canada, that our client had secret meetings with Aaditya Thackeray and the Mumbai Police Commissioner to discuss the death case of Sushant Singh Rajput and so on

These videos are false, baseless, defamatory and have been intentionally published to mislead the public and are just a cheap publicity stunt, the law firm said in the notice. Our client is indignant and absolutely outraged at the public embarrassment, discomfort and anxiety he had to face because of these false, scandalous and derogatory videos,”  the notice read sent by law firm IC Legal. The notice had also stated that Siddiqui has to publish an apology and if he Siddiqui doesn’t respond back within 3 days he would have to face legal proceedings.

In one of his videos he stated that Actor Akshay Kumar was apparently unhappy with the late actor taking over good projects and he had helped Actress Rhea Chakraborty to get a Visa to Canada in order to escape.He has also made derogatory and defamatory remarks about Maharashtra CM Uddhav Thackeray,Minister Aditya Thackeray and the Mumbai Police.

In his video he claimed that Akshay Kumar had arranged a secret meeting with CM Uddhav Thackeray and his Son along with Mumbai Police to help actress Rhea Chakraborty get away from the case and elope to Canada.

His videos about Sushant Singh Rajput’s death have been widely viewed and has also helped him gain nearly 1.7 lakh subscribers after Sushant’s death.He has reportedly earned up to ₹15 lakh within four months wit the help of these videos.

He was earlier arrested for making derogatory statements about a state CM and police in a case after Advovate Dharmendra Mishra,who handles Shiv Sena’s Legal cell filed a case against Siddiqui.He caused the digital platform to mislead people and spread fake news about several public figures and celebrities.

A senior officer in an Interview said that  “As many people were curious about the case, Sushant’s death was misused by several to make money. Once the media started reporting different theories, YouTubers jumped on the opportunity and started posting fake content. By maligning the Mumbai Police’s reputation they earned a lot of money”.

The police has no filed a case against Siddiqui on charges of public mischief,defamation and intentional insult.

In June 2020, Sushant Singh Rajput was found hanging in his Bandra Apartment and since then this case has been drawing media attention. The case was probed by the Mumbai police initially but was later taken over by the Central Bureau of Investigation, Enforcement Directorate and The Narcotics Control Bureau.

This Might Interest you: Egyptian Diver spends 145 Hours underwater

India to be the worst affected major economy: Oxford Report
Aashram Season 3: Everything You Should Know!!
Comment