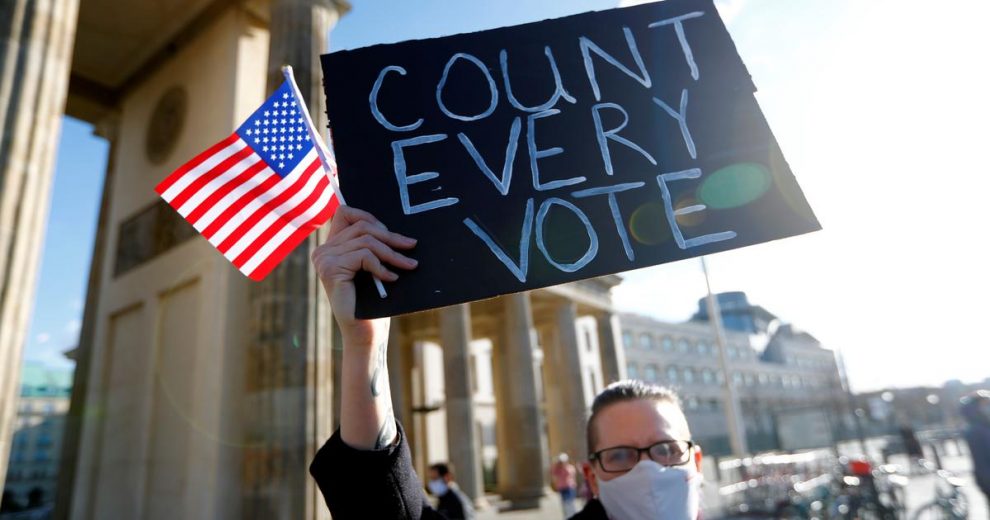 Washington: The long-awaited results for the race in Alaska were finally called by the AP in President Trump’s favor after 93% of the votes were reported. It was long expected that President Trump would retain the state since he held a significant lead even after a huge portion of the mail-in ballots were counted. 56.9% of the total votes went to President Trump while Biden holds 39.1% of the votes in the northern state.

States yet to be called by the AP are Georgia and North Carolina both holding 16 and 15 votes respectively.

Alaska doesn’t hold enough electoral votes to influence the outcome of the election. However, the Trump campaign is prepared for long legal battles in Georgia and North Carolina with hints to add Pennsylvania to the list. Georgia is getting ready for a ballot by ballot recount while bracing for a major senate race in January. Neither candidates who stood for the two senate seats in Georgia were able to cross the 50% threshold to invalidate re-election. Currently, Republicans hold 50 seats in the Senate while Democrats hold 48 in 100 member US senate.

Winning the senate race in Georgia is essential for the Biden campaign in order for Joe Biden to be able to pass policies without Republican blockading. The presidential race in the state shows a 49.5% share for Biden, holding a narrow lead above Trump’s 49.2%.

On the contrary, his daughter and advisor Ivanka Trump took a more celebratory tone thanking Alaskans for their overwhelming support of her father.

Donald Trump’s chances of being re-elected are very slim since Joe Biden already has 279 electoral votes, past the majority 270 out of the 538 Electoral College votes.

Meanwhile, Trump and his staff refuse to concede or co-operate with the Biden team, resulting in Biden not receiving classified briefings that a president-elect is entitled to. On the legal end, the Trump administration is yet to provide any concrete proof of widespread voter fraud.