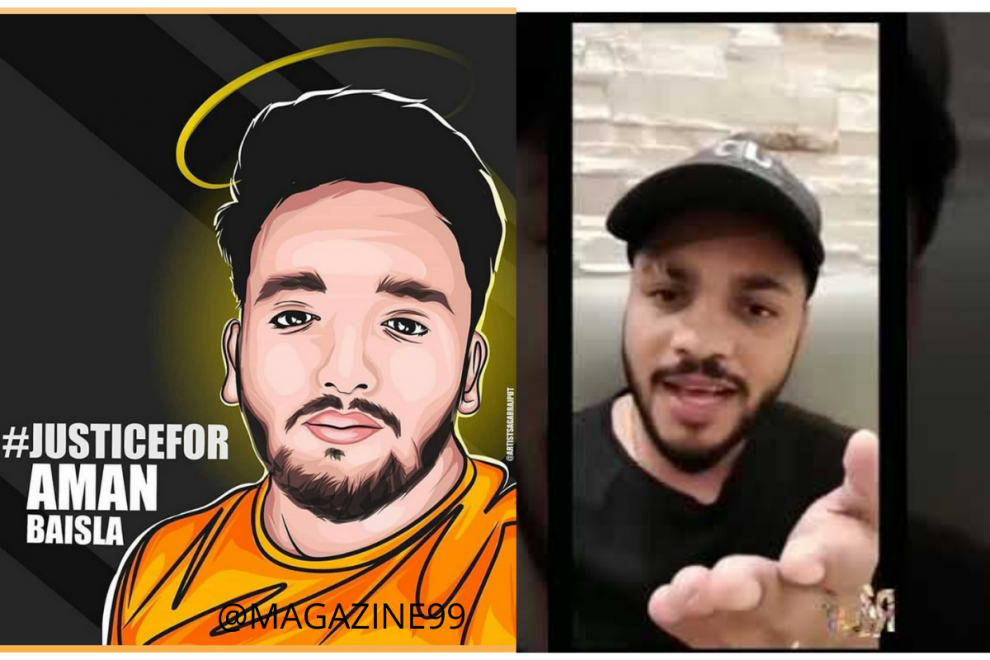 New Delhi, Aman Baisla a young businessman has committed sucide on Sep 29, 2020, after accusing a young woman name Neha and famous Feeling Song singer Sumit Goswami for allegedly threatening him & not returning money they have borrowed. Aman Baisla, was a resident of New Delhi, Rohini Sector 11, was found hanging in his office a few days back. Before committing sucide, Aman Baisla uploaded serval videos on his Instagram account explaining the situation and blamed his former business partner Sumit Goswami for his death.

In the last video, he emotionally said some words “Sushant couldn’t get justice, I don’t about mine but let’s see”. People are very angry against the Haryanvi famous singer Sumit Goswami who just recently got famous due to his song “Feeling” which got 200M views. He’s ignoring this issue. Sumit made his Instagram account private & deleted his Twitter page. But it couldn’t stop people’s anger against him. His recent photos/videos on Facebook, Instagram & YouTube getting so much hate.

Amit Baisla explained in the video he is so helpless, there is no other way. Neha is threatening him to give another 10 lakhs otherwise she’ll file a rape complaint against him which could ruin him & his reputed gurjar family image.

Haryanvi singer Fazilpuria also come forward to show his condolence to Aman & his family. He demands justice for Aman & asked his followers to gathered around to The Aman’s house. Show support to the family as well as speed up the investigation process.