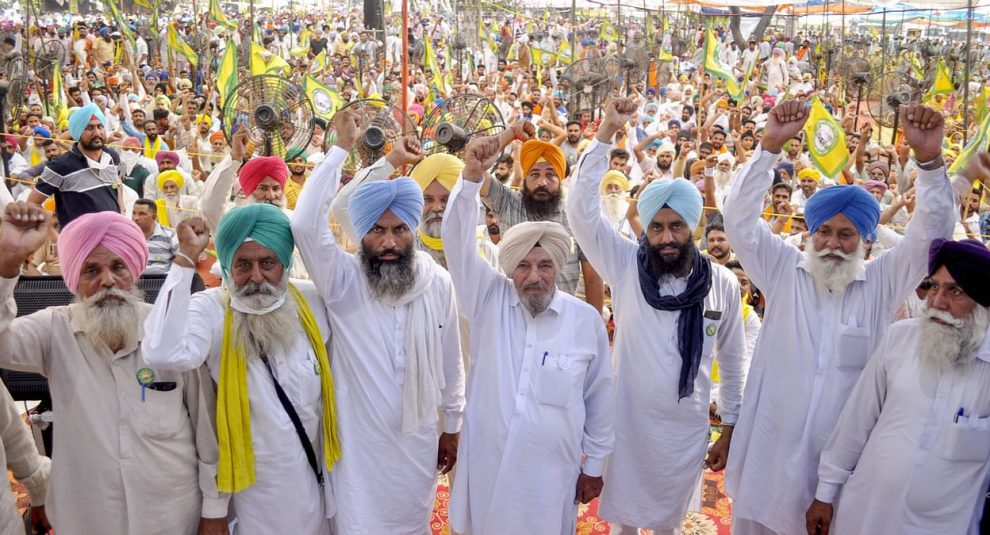 New Delhi: On day 4 of the ongoing farmers’ protest the Amit Shah and the central government finally agreed to hold talks with the agitating farmers. However, this agreement has underlying conditions the very first being that farmers will have to shift towards the designated protest site in Delhi, Burari Park. The farmers have declined this offer and for now, will remain at the borders of Delhi. Amit Shah put forth these conditions in a video address.

The rejection came due to wide-suspicions among farmers who believe that Burari Park will be transformed into an open jail. Farmers from Uttarakhand were promised by the police that they will be taken to Jantar Mantar the planned protest site however they were misled and taken to Burari Park where they have been partially detained. The farmers believe the Police acted on Amit Shah’s orders.

On Sunday a committee representing the farmers declared if their demands weren’t met they would block 5 key entry points into Delhi. The committee also included Swaraj Abhiyan leader, Yogendra Yadav who was detained on the first day of the protests.

Unrest among farmers grew further when an elderly farmer named Gajjan Singh, passed away in the late hours of Sunday. Singh was allegedly suffering from worsening health due to the extreme cold and suffered a heart attack near the Tikri border of Delhi. Gajjan Singh was unmarried and is survived by his three brothers who operate their farm in Ludhiana, Punjab

The Prime Minister has yet to make any statements on the ongoing agitations, he did, however, address the new farm laws on the 29th November episode of Mann Ki Baat. Describing them as “revolutionary and something that farmers have wished for years”. The Prime Minister left for a national tour to visit vaccine centers across India the day farmers were scheduled to arrive at Delhi. BJP’s top brass including Amit Shah, Party President JP Nadda and Uttar Pradesh Chief Minister Yogi Adityanath has been active in campaigning for the upcoming GHMC elections in Hyderabad.

The farmers are reluctant to change their demands because of the treatment they have received from the centre so far. They have been attacked with Tear gas, water cannons and pellets, ultimately when the government did decide to hold talks they came along with conditions further increasing the farmer’s suspicions.

A group of Famers held a press conference clarifying their reasons for agitation and concerns over the new farm laws. You can watch it here on YouTube..