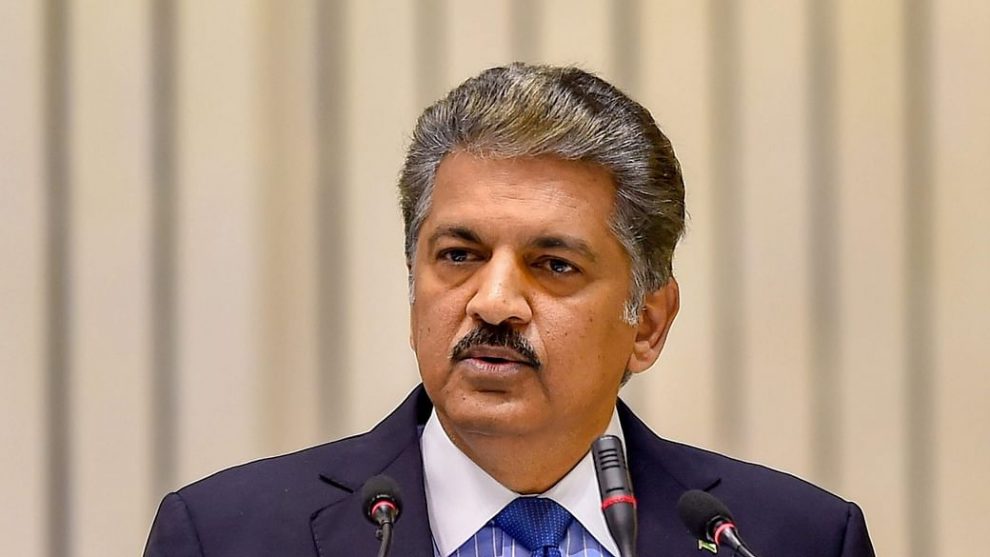 Anand Mahindra, like every time, this time too, creates a buzz across the country by sharing a video on his Twitter handle. Twitterati’s retweets the tweet and reacts in diverse ways.

Born on 1st May 1955, Anand Gopal Mahindra is the chairman of Mumbai based conglomerate, Mahindra Group. He is the grandson of Jagdish Chandra Mahindra, the co-founder of Mahindra & Mahindra. The Mahindra group deals with a variety from aerospace, finance and insurance, information technology to real estates, logistics and retail. Fortune Magazine includes him in the list of “World’s Greatest 50 Leaders” and in the 2011 list of Asia’s 25 most powerful businessmen. In January 2020, he even received India’s 3rd highest civilian award, Padma Bhushan. Mahindra Group’s common purpose is to enable people to ‘Rise’.

Anand Mahindra is quite active in the social world, especially on Twitter. He is known to create buzz every time in Twitter and is praised by many often. Like every day, last Sunday too, the businessman posted a tweet which created a buzz across the social platform.

On Saturday, Anand Mahindra shared a 59 second video in his twitter handle which created a buzz instantly in social media. The video portrays how an elephant is seen grazing in the field and soon after the video zooms up and behind the bushes is seen a tiger stalking the elephant very intently from the bushes.

Anand shared this video by quoting the words from the famous poem by the English poet, William Blake. He mentioned the first few lines of the poem in his tweet, “Tyger Tyger, burning bright .. In what distant deeps or skies. Burnt the fire of thine eyes?” quotes Anand Mahindra and also states how he received the video from his sister who in turn got the same from a friend of hers from the Nagarhole National Park and Tiger Reserve in Karnataka.

The video receives almost 40,000 plus views and more than 1000 plus likes with 160 retweets including Mahindra retweeted the same tweet again and many reacted to the same in diverse ways.

One of the Twitterati reacted, ” What’s going on in the mind of the silent stalker 🤔 Is he amused by the waving tail of the giant or processing his attack strategy…wow!!! and again another said, “The eye of the tiger.. burning bright. Behind the gentle elephant! How remarkable is this universe where both coexist? Surely a lesson for humanity. Wishing everyone a peaceful and healthy 2021.”

Mr Mahindra is known to share such fascinating and engaging content from time to time on his 8.2m followers Twitter account and this always makes sure to create buzz every time. Recently, a few days ago he also shared a Christmas video where he mentions that the video made him cry. Today also, he shared a video on his Twitter handle in where a vehicle is seen being pulled by a cow and he tweets how even Elon Musk and Tesla can’t match the low cost of the renewable energy fuelled car.