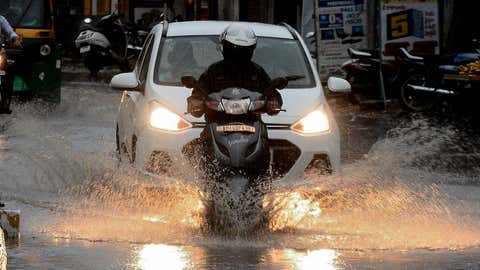 The Cyclonic storm Nivar is likely to cross the Tamil Nadu coast this Wednesday. Anantapur district administration has set up control rooms to keep a close watch at the Cyclonic Storm.Heavy to very heavy rain is expected at some places within the district.And the wind speed is expected to be higher at the southeastern mandals.

The district collector Mr Gandham Chandrudu hasd asked all the people living in thatched or tin roofed houses to move to a safe place. The fire department along with the village ward secretariat also alerted the people using Tom Tom drums and asked them to stay indoors during the Cyclonic storm.

Anantapur Superintendent of Police Satya Esubabu has also appointed special teams to look after all the emergencies,these teams have been appointed in various parts in the district

Seven Mandals in the district recorded between 13 to 26mm rainfall within 24hours and ended at 8.30 am IST on Thursday.The Cyclone crossed the coast of Tamil Nadu and there was heavy rains in the southeastern parts of Anantapur district.Water entered the houses in the Kadiri town in the district too.

The mandala that recieved heavy rain fall are as follow

On an average the district recieved 3.3mm if rainfall and 205.2mm in total.Out of 63 mandals,33 recieved good rainfall.