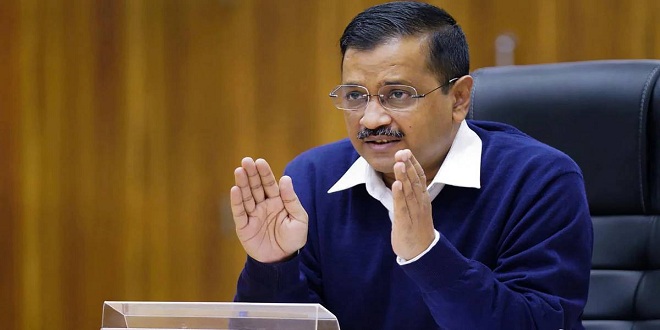 Protests of the farmers against the new agricultural laws is one of the most pressing issues faced by the government of Modi with failure to resolve the same even after six rounds of talks. Farmers are extended support by the Chief Minister of Delhi, Arvind Kejriwal and his AamAadmi Party by fasting with them on Monday. Kejriwal urged to join the agitation to the supporters of his party and also asked the Bharatiya Janata Party of Modi for shunning the arrogance and agree to the demands of the farmers. A spokesperson of BJP refused to say anything about the matter stating that they are advised to not to talk to the media about the protests since the representatives of farmers and ministers are still in the midst of holding talks. A group of Congress leaders including Rahul Gandhi in last week met with the President of India, Ram NathKovind and asked him for the revoking of such laws.

Central Government’s passed three farm laws were torn up by the Chief Minister of Delhi, Arvind Kejriwal inside the Delhi assembly on Thursday. He does it so as to express his intentions of oppositions against the laws for which the farmers are triggering massive protests across the nation. Kejriwal said that he cannot betray the soldiers and farmers and that is why he is doing so. He also mentioned about twenty farmers losing their lives so far by highlighting the farmer plight protesting at various borders of Delhi and also appealed for repealing the laws immediately to the Centre. Kejriwal spoke so in the assembly’s special session that passed a resolution against the three farm laws.

Kejriwal said that he did not intend to do so and tearing then three farm laws pain him. But, he could not betray his farmers and soldiers of the country when they are sleeping on the road in 2 degree Celsius. He is a chief minister later and a citizen of the country at first. Hence, the assembly rejects the three laws of the Central Government. Revenue Minister, Kailash Gahlot loved the discussion and Kejriwal concluded by saying that one farmer is losing his life every day since it has been twenty when the movement took place. He wants to ask the Central Government as to how many lives will they take for listening to the plight of the farmers.

Kejriwal also made a reference to the 1907 agitation of the farmers of Punjab, Pagdi Sambhal Jatta wherein it was also for the then British Government’s t passed three laws and went up for nine months.  Farmers at that time were also adamant for getting the laws repealed wherein suggestions were given by the British Government for making some amendments in the laws. However, the Britishers had to repeal the laws at the end and added that it will be a mistake on the part of the Central Government if they think that the farmers will leave soon