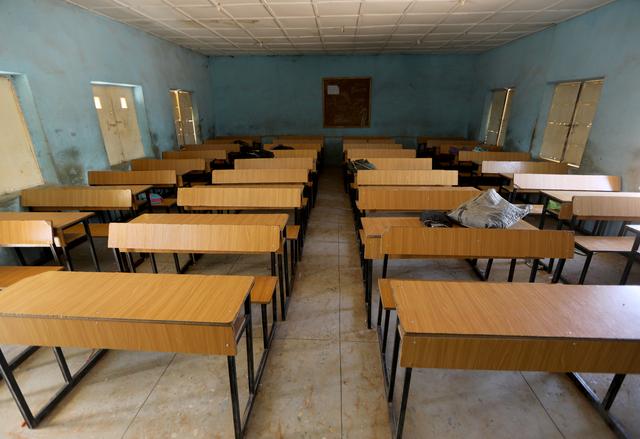 A man identifying himself as the leader of Boko Haram of Nigeria gave an audio message wherein he asserted that the armed group was responsible for the abduction of hundreds of students from the northwestern state of Katsina from an all-boys school. It is still unclear as to the number of students that went missing until now. General John Enenche, spokesman of Military stated that 333 pupils are missing on Monday after all-boys Government Science Secondary school got raided by the heavily armed gunmen in the town of Kankara. The missing children have not yet been found and the parents of those children are worried about the same.

Audio Message from the leader of Boko Haram

A voice message came in Tuesday in which a man said that he is Abubakar Shekau and their brothers are behind the kidnapping in Katsina. It is not today, but for years violent armed campaign got waged by Boko Haram and Islamic State in West Africa Province (ISWAP) in the northeast of the country and neighboring Niger, Cameroon, and Chad. Boko Haram means Western Education is forbidden in their local language and in 2014 abducted hundreds of schoolgirls from the Chibok town.

There is no proof provided by the man in the audio message that what he is saying is true. There was no release of any footage or video or audios of the boys that went missing. Nigerian authorities also did not make any comment upon the audio immediately. It was late on Monday that Aminu Bello Masari who is the governor of Katsina state said that government is being contacted by the abductors. He further stated in Twitter that talks are on the way for the safety of the boys and also return to their respective families. On Saturday, it was stated that the military officials have located the gunmen and troops were deployed in that area to rescue the children.

Bring Back Our Boys

Social media is trending with hashtag bring back our boys ever since the weekend with the beginning of the abduction. The governor of Katsina also got heckled by the angry residents on Saturday and the Defence Minister Bashir Salihi-Magashi led delegation also met with protestors. It was during President Muhammadu Buhari visited the area when the kidnappings and attacks took place. Coincidentally, it is also is the home state but even so, he did no pay a visit to the town or the families. Nigeria is outraged and disappointed with him.

It’s not a new thing for Nigeria now. The country has always been at the wrath of Bandits and since then suffering the worst. It’s not been six months when almost 1,100 people were killed in Northern Nigeria, and the government is still silent about bringing justice to the deprived for the same. These kind of insecurities are growing day by day in Nigeria and it is a matter of deep concern, expresses the same by BBC Nigeria Correspondent, Mayeni Jones. All the parts of Nigeria are facing not more than a worst than a situation, the north-west is terrorized by kidnappings demanding ransoms, north-east by the insurgency of the Islamist militants and even the south is terrorized by attacks on oil facilities demanding a larger share of the revenue.