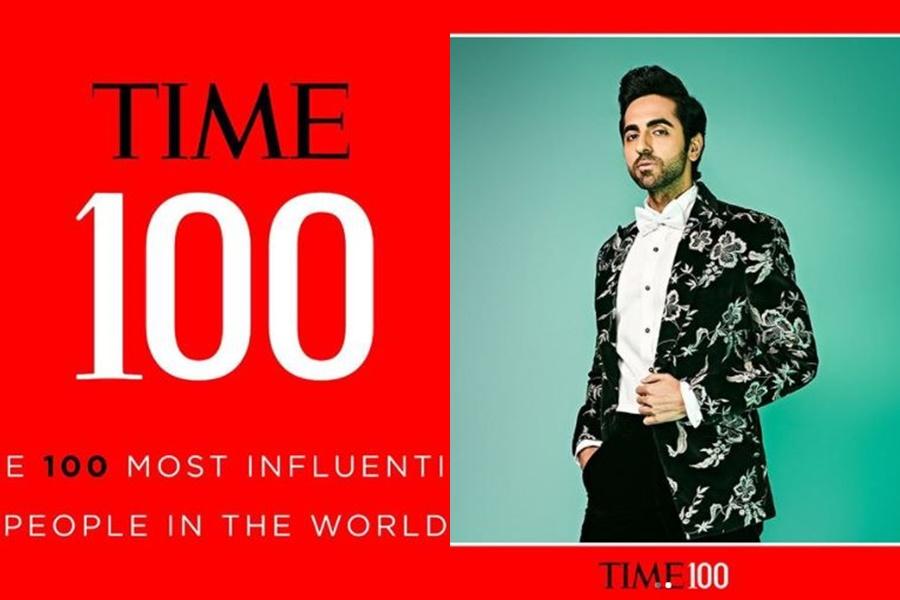 The 36-year-old star, preceded by hosting popular TV shows, has come a long way from being a contestant on a reality show to an RJ to a VJ. He is the youngest Indian to be featured in TIME Magazine this year.
Ayushmann is among the only three global actors featured in the TIME list of influentials.

He wrote on Instagram, “TIME’s list of the 100 Most Influential People in the world is out, I’m honored to be a part of this group: time.com/time100 @TIME #TIME100.”

Ayushmann Khurrana said in a statement, “I’m truly humbled with the recognition that TIME has bestowed on me. As an artist, I have only looked to contribute towards bringing a positive change in society through cinema and this moment is a huge validation of my belief system and my journey. I have always believed that cinema has the power to bring about change by triggering the right conversations among people and society. Hopefully, through my content choices, I have been able to contribute towards my country and countrymen.”

Khurrana has made a niche for himself with social entertainers, including Dum Laga Ke Haisha, Bareilly Ki Barfi, Shubh Mangal Saavdhan, Badhaai Ho, Article 15, and others, since making his acting debut in Bollywood in 2012 with Vicky Donor.

Khurrana’s colleague Deepika Padukone has written a short note in the magazine, appreciating his talent.

She said, “I remember Ayushmann Khurrana vividly from his debut film, Vicky Donor. He had, of course, been a part of the entertainment industry in various other ways for several years before that, but the reason you and I talk about him today is because of the impact he has been able to create through memorable films and iconic characters. Where male protagonist roles often fall into the trap of stereotypical masculinity, Ayushmann has successfully and convincingly transformed into characters who challenge those very stereotypes.” Deepika Padukone also applauded Ayushmann Khurrana’s courage when it comes to choosing ‘unconventional roles’ and added, “In India, with a population of more than 1.3 billion, only a tiny percentage of people see their dreams come alive, and Ayushmann Khurrana is one of them. You’re probably wondering, How? Talent and hard work. Sure, that goes without saying. But more important, patience, perseverance and fearlessness. A little insight for those who dare to dream.”

Khurrana believes cinema has the power to bring about change by triggering the right conversations among people in society.