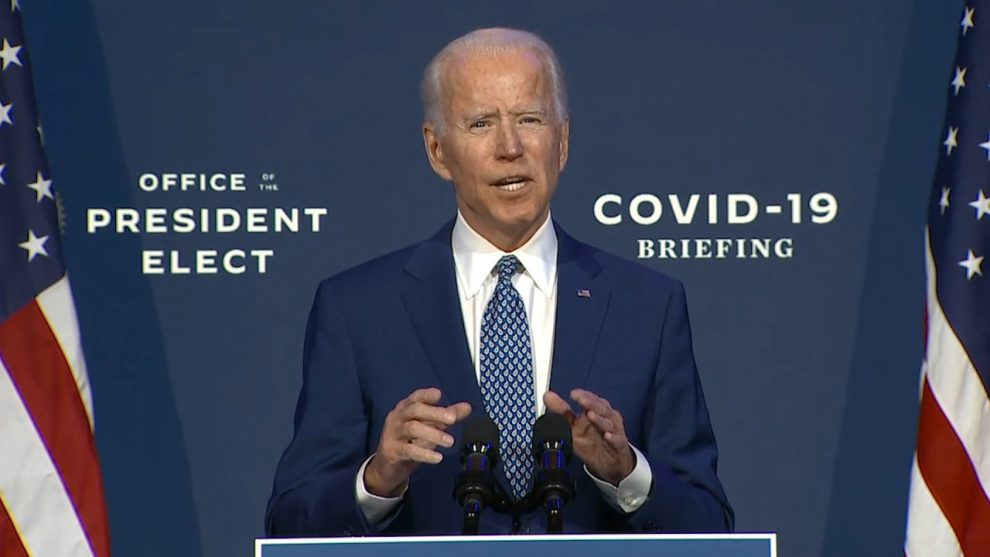 During an event in Delaware, President-elect Biden criticized Trump’s failure to acknowledge reality.

Washington: It has been more than 10 days since the final ballots were casted in the 2020 US Presidential election. Through results weren’t announced on the same day, a tradition most Americans are accustomed to in the modern times, it was clear since a majority of states reported a large portion if their ballots that Joe Biden would be the 46th President of the United States.

This has been proven to be increasingly difficult for the current and 45th President Donald Trump to accept. He has claimed based on zero concrete evidence that the election was rigged against him. Trump has replaced top cabinet officials with loyalist yes-men. Trump has also outright denied any federal agency wanting to co-operate with the Biden Transition team.

All these circumstances not only bring ridicule to the office of the President but also obstructs Joe Biden’s right to receive classified briefings with regard to national security and the ongoing health crisis.  At a recent event in his hometown of Delaware, Biden made his feelings clear about Trump’s refusal to accept defeat.

“I just think it’s an embarrassment” Joe paused to put his words more “tactfully” continuing “I do not think it will help the President’s legacy”. The former Vice President has said he wishes to announce a few cabinet positions by Thanksgiving but the Trump administration’s refusal to co-operate has made it incredibly difficult for them.

Biden wasn’t alone in his criticism of the President. Democratic Senator from Vermont, Bernie Sanders trashed the president saying, “Trump now has the distinction of doing more than any person to undermine American Democracy. Sanders further said that it is “disgraceful” that Trump chooses to misinform and rally his supporters instead of accepting the election results. Sanders went viral last week for his verbatim prediction of how Trump would handle his loss.

Former Trump Administration member, John Bolton was also critical of his former boss. “I think it’s very important for leaders of the Republican Party to explain to our voters, who are not as stupid as the Democrats think, that in fact Mr. Trump has lost the election and his claims of election fraud are baseless,” said the former NSA head. Bolton emphasized the importance of Republicans holding Trump accountable to make sure the American Democracy stays stable.

Biden has spent the last few days pleading Americans to do their part in stopping the spread of the virus. “Please wear a mask, it’s not a political statement,” the president-elect said in all sense of urgency. Biden has also assembled a coronavirus task force consisting of the nation’s top medical experts with whom he has been in contact frequently. They have also said they wish to add more expertise to the task force after the inauguration

“I concede NOTHING” Trump declares 12 days after the elections
PM Modi celebrates Diwali with Soldiers at Jaiselmer.
Comment