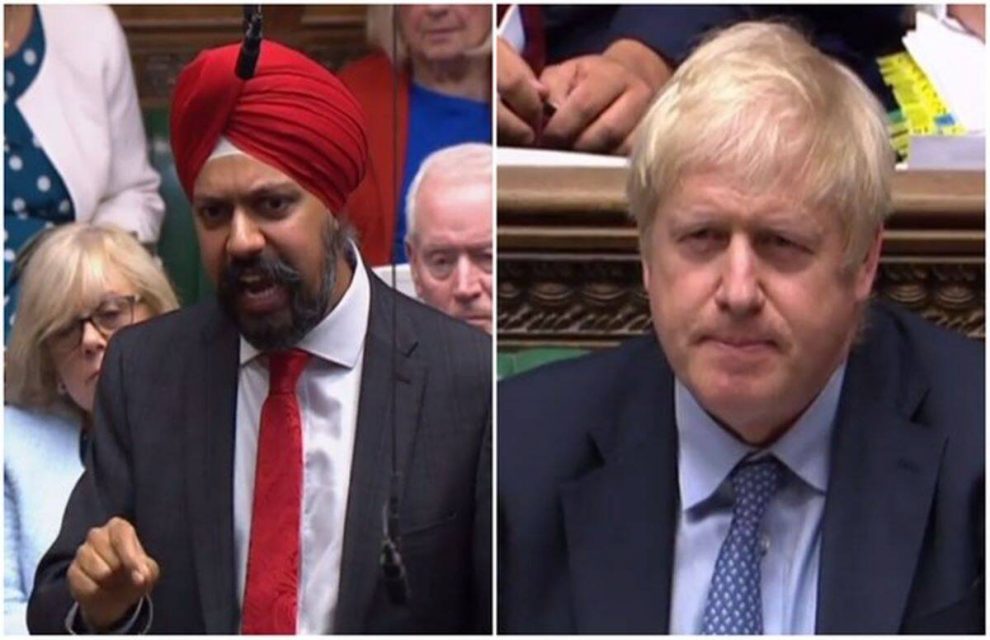 PM Boris Johson had recently answered an MP’s question about the farmers protests by addressing a different crisis all together.

London: British Labour MP Tanmanjeet Singh Dhesi on Wednesday had question, Boris Johnson, on what he feels the UK’s stance should be on the ongoing farmers protest in India and the use of violent methods to suppress the peaceful gatherings. The prime minister however answered saying “the disputes between India and Pakistan is an internal matter and should be left for the people to decide.” leaving a stunned look on the MP”s face.

The UK high commission said that the British leader had not heard the question correctly. “The prime minister clearly misheard the question in parliament yesterday,” the UK high commission spokesperson told The Wire. When asked for a position on the protests the spokesperson further clarified “The police’s handling of protests are a matter for the Government of India”.

Last week 36 British MP’s opted to intervene in the ongoing protests and the Modi-Governments response to them. Most of these MP’s were from the Labor Party. The MP’s said that though there are farmers from all states, the bill will particularly affect Punjabi’s whose relatives living in the UK depend on the farm produce and ancestral land.

The delegation of MP’s was lead by Dhesi himself who also addressed the prime minister and his lack of awareness in a tweet saying, “Many were horrified to see water cannon, tear gas and brute force being used against farmers peacefully protesting in India about #FarmersBill2020. Everyone has the fundamental right to protest peacefully. But it might help if our PM actually knew what he was talking about!”

On Ground in Delhi, the protests are seeing massive participation from all states. It is being called the largest recorded protest in history. Farmers Unions and their leaders have done a great job at not only organizing these farmers but also in educating them about the bill.