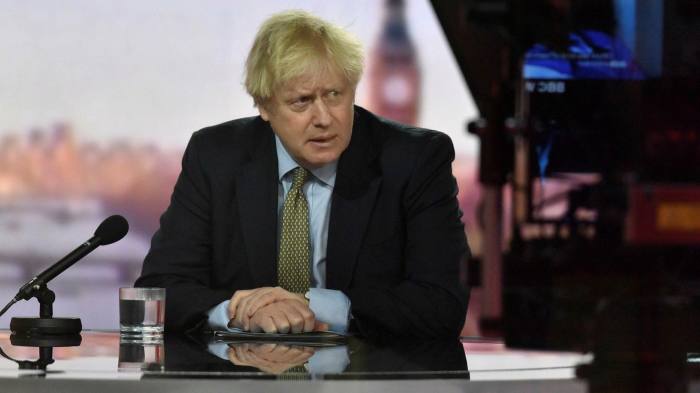 British PM Boris Johnson will fly down to India later this month, sources in the British High Commission have confirmed, asserting that there’s no change in his plan so far even as the United Kingdom sees the strictest restrictions in months after a mutant strain of the coronavirus has started spreading in the country while vaccinations are underway. . The British PM last month said he has accepted India’s “very generous” invite to be the chief guest at the Republic Day parade in New Delhi.

Johnson will make his first visit to India since he has taken office as Prime Minister, however, this comes at a time when Johnson has declared a stringent lockdown in his nation as the UK sees a surge in cases bought by a mutated strain of the coronavirus which supposedly spreads at a faster rate. The new strain was detected back in September and since then has prompted many countries to ban travel to and from the UK.

In India this mutated virus was detected in 58 people who came from the UK or got into contact with similar travelers from the UK. One of these suspected patients resorted to not following her mandatory quarantine, instead, directly boarded a train to Andhra Pradesh.

The Prime Minister “will use his visit to India to boost cooperation in areas that matter to the UK and that will be priorities for our international engagement throughout 2021 – from trade and investment to defence and security, and health and climate change,” said Johnson’s office last month during a statement.

It will also be the first time the British PM visits a foreign country after Britain’s exit from the European Union was finalized in December 2020. Johnson announced a nationwide lockdown on Monday during an address to his people, “With most of the country already under extreme measures, it’s clear that we need to do more, together, to bring this new variant under control while our vaccines are rolled out.”

The UK has seen a massive surge in cases even after two covid-19 vaccine rollouts being approved by the UK Government. These are vaccines by US pharma major Pfizer and the one jointly developed by the pharma firm AstraZeneca and the Oxford University, which India has also cleared for emergency use.

Update:
Boris Johnson has cancelled his visit to oversee the lockdown in the UK more to follow