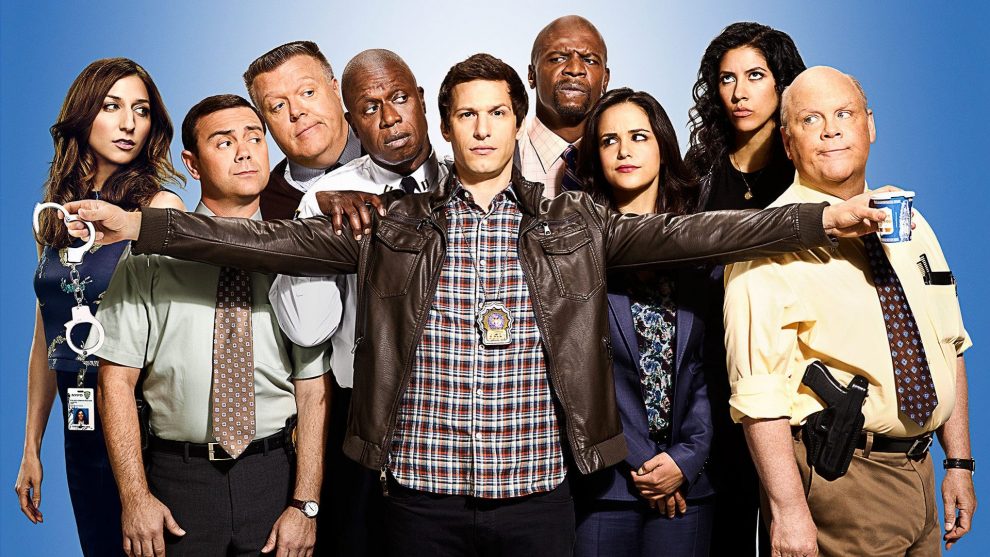 Are you waiting eagerly for another one of those Brooklyn Nine-Nine special cold opens? Well, stop searching because mentioned below is all the information you need to know to solve the case of the release date of season 8, organised Santiago-style.

Unfortunately, we’d have to wait a little longer for season eight to as NBC has formally postponed the detective comedy’s return.

It was planned for an autumn premiere, but the show’s producers have faced a few challenges over the past few months – from the worldwide pandemic halting production across the world, to the mass protests in solidarity with the Black Lives Matter Movement which was an outcome of the killing of George Floyd by the hands of a police officer.

While we can’t wait to see the quirky and loving couple Jake Peralta and Amy Santiago with their newborn son Mac, other cast members have quoted that season eight required a “rethink” in light of 2020, with our very own Chelsea ‘Gina’ Peretti propositioning that the show “defunds the police” in the latest season.

The first four scripts have apparently already been ditched, and Samberg told People that the entire team was presently in deliberations as to “how you make a comedy show about police right now, and if we can find a way of doing that that we all feel morally okay about”.

“Right now, we don’t know which direction we’re going to go in, but we do know that we’ve had a lot of somber talks, we’ve had a lot of very, very deep conversations, and through this we hope to bring something that could really, really truly be ground-breaking this year. We have an opportunity here and we plan to use it in the best, best way possible.”

Towards the end of August, Andre Braugher tweeted, “We’re back…in 2021 that is. #Brooklyn99 returns to NBC in the new year!”

“I don’t think anybody wants us to, nor do we want to, have our characters toiling away in the depths of the pandemic. But the question is how they have been affected by the virus and the pandemic as New York City residents and as first responders in New York City. How do we keep the show funny? How do we do that while still making them of this world and of their world? It’s challenging.”

We might have to wait more, but I know that the creators and cast of the show will be back with a bang and won’t leave their fans disappointed.