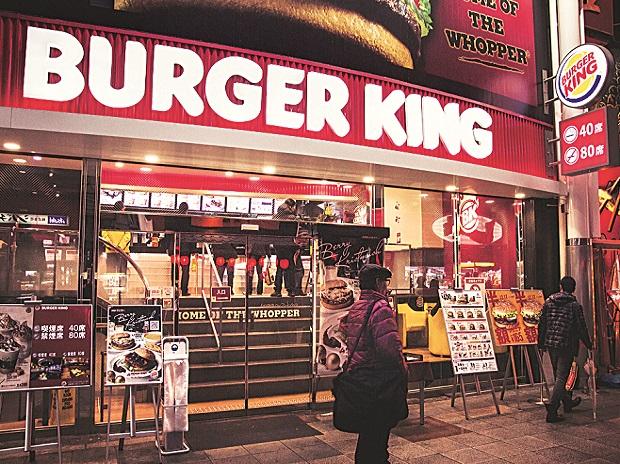 Amidst the Coronavirus pandemic, Burger King India’s rise in share price is a benefit for the country’s economy. The demand for Burger King’s IPO was a huge success for the franchise from December 3-4.

Burger King is an international American chain of restaurants operating across various nations. Burger King serves as the second-largest hamburger chain of restaurant and has been operating across various countries and territories since 1954. Not only hamburger, but it also has a wide range of other products too. The Burger King franchise first opened at 2014 in India and this turned out as a competition for McDonald’s.

After that, it has spread across various states of India providing the taste of American Hamburgers to Indians. The opening of Burger King in India poised as a great challenge for the outlet as beef was banned in India. It was seen as a major competitive disadvantage by the outlet with other restaurants like KFC. The BK outlet hopes to use as much as non – beef products and to replace the same with chicken, mutton and vegetarian items.

On Monday, Burger King India issued an IPO of Rs. 810 crore and this invited investors to subscribe to the shares of BK over 156 times. It marked as the top 3 days subscribed IPO’s in a year and that too with the onset of Coronavirus, was a huge success for the franchise. Burger King India is continuing with its rally of shares as twenty per cent was hit by them on Wednesday in early deals. Its upper circuit mark was hit by the stock for the third day of its post listing and finally settled at those levels.

The stock of the Burger King India got frozen at Rs 199.25 per share on the BSE which rose up by twenty per cent from the closing of Tuesday. Likewise, on the National Stock Exchange (NSE), it got locked at Rs 194.40. The scrip has swollen a whopping 231.08 per cent on the BSE from its issue price of Rs 60 and jumped 224 per cent so far on NSE with the latest surge in its stock and so far in the last three days.

The traded shares of Burge King India on the trade of Wednesday amount over 57.60 lakh while on the NSE, the exchanges share amount to 2.11 crore as according to the date of the respective stock exchange. On Wednesday, Burger King India’s market capitalization (m-cap) reached up to Rs 7,604.47 crore. It surged past the m-cap of Westlife Development of Rs 7.311.72 crore as according to the showed data available on the BSE.

2020: Moments that defined this roller coaster of a year
Sanctions on the NATO Ally Turkey by the United States for purchasing air defence from Russia
Comment