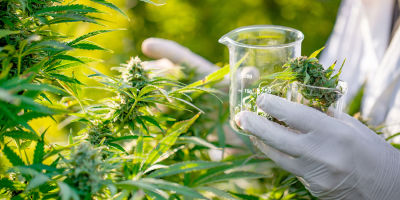 A United Nations session chaired by Mansoor Ahmad Khan, Pakistan’s Ambassador to Afghanistan made the historic vote to reclassify Cannabis from the Schedule IV category it was placed at the 1961 Single Convention on Narcotic Drugs. The recreational plant was on the list with the same restrictions as dangerous opioids like Heroin.

The decision came due to the difficulty arising in medicinal research of the plant due to its classification making it illegal. Marijuana is among the most widely used recreational substances throughout the world but possession yet remains illegal in most countries.

In the 53 member CND, 27 Countries votes yes to reclassification including the United States, Most European Countries and India. The NO’s came from China, Pakistan, Russia, and twenty-three other countries.

India has a long history with the plant, with ancient records showing consumption by early civilizations for its medicinal value. Under the British Raj attempts were made to ban cannabis, but they failed. Until the 1980’s possession was not a crime and the substance wasn’t highly regulated. However, with the introduction of the Narcotic Drugs and Psychotropic Substances Act 1985, possession of Cannabis in any form became illegal.

The reclassification by the UN doesn’t immediately bring about change in the way the substance is regulated as most countries can opt to continue existing laws. However, it is a significant development as most countries run their legislatures according to international protocol.

Cannabis in the 21st Century is the most cultivated and trafficked illicit substance in the world and regulation by governments result in huge tax gains from the product. The general attitude towards cannabis has changed significantly from the Single Convention in 1961, with more European nations growing to accept the medical benefits of the plant and countries like Canada and Uruguay have legalized recreational use.