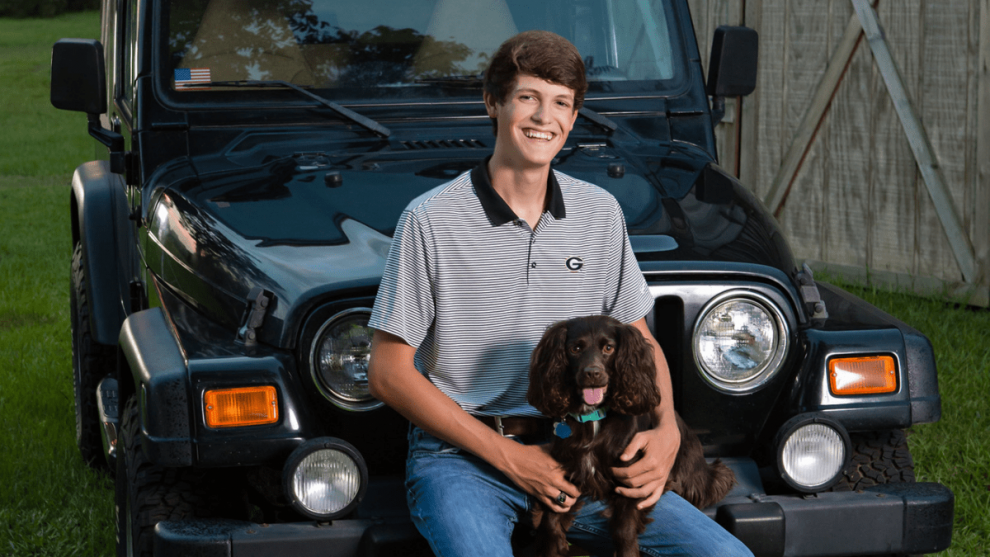 Georgia is in mourning as a car crash took the life of a young man and a campaign staffer on Friday, December 5. The incident took place before Vice President Mike Pence’s campaign event. The name of the 20-year-old boy is Harrison Deal and was the campaign staffer for Senator Kelly Loeffler in Georgia. He got killed on the Friday morning on Interstate 16 in a crash of three-vehicle. The whole state of Georgia is now mourning the loss of the young one who suddenly died in an unfortunate accident and sending condolences to his family. However, it is not stated clearly whether if Harrison was in the way of campaign works or not during the time of the accident.

Harrison Deal death took place due to a fiery and multi-car crash. The young one was a GOP Senator former intern and aide for Loeffler at the present campaign. The car crash took place on the morning of Friday near Pooler Parkway on eastbound I-16 and instantly caught fire at 10 am. Three people in the scene are getting treated for minor injuries. One car is totally burned out and the other one is in flames as shown in the site of the crash. The incident happened outside of Savannah near the city of Pooler where Vice President Mike Pence and Perdue with Loffler campaigned that afternoon.

The crash involved four people- one tractor-trailer, a flat-bed truck carrying steel, and two smaller vehicles. When the firefighters got to the scene, three if the vehicles were involved in flames fully. One of the smaller vehicles drivers also got killed. The vehicle’s driver that hit the trailer of the tractor got injuries and flown to the Memorial hospital. The scene was responded to by the Pooler Police and the investigation for the case is underway. Harrison Ford was a student of the University of Georgia and was due to graduate in 2022.

The tragedy resulted in the cancellation of plans for Loeffler to join Pence at the rally. Loeffler paid tribute and condolences to the young one said that they are mourning the loss of Harrison Deal with a heavy heart. She and Jeff will continue to surround them with love and prayers and also their heart aches for his family. They had lost one of the beloved members of their team. She also said that Harrison was an outstanding, smart, loyal, bright, and loving young man. He was the very best of their state and embodied the very best of their campaign.
The news devastated Senator David and his wife, Bonnie. He wrote that Harrison had gone too soon. He was a kind and smart young man with a bright future before him. They are praying for his parents and sisters and asked the Georgia people for keeping in their hearts the entire family of Deal. An official statement was also issued by Governor Kemp and shared a photo of his family and the aide taken during Christmas time.

All the top three positions in the U.S. will be held by women under the office of Kamala Harris
Galwan Valley incident was planned: US report
Comment