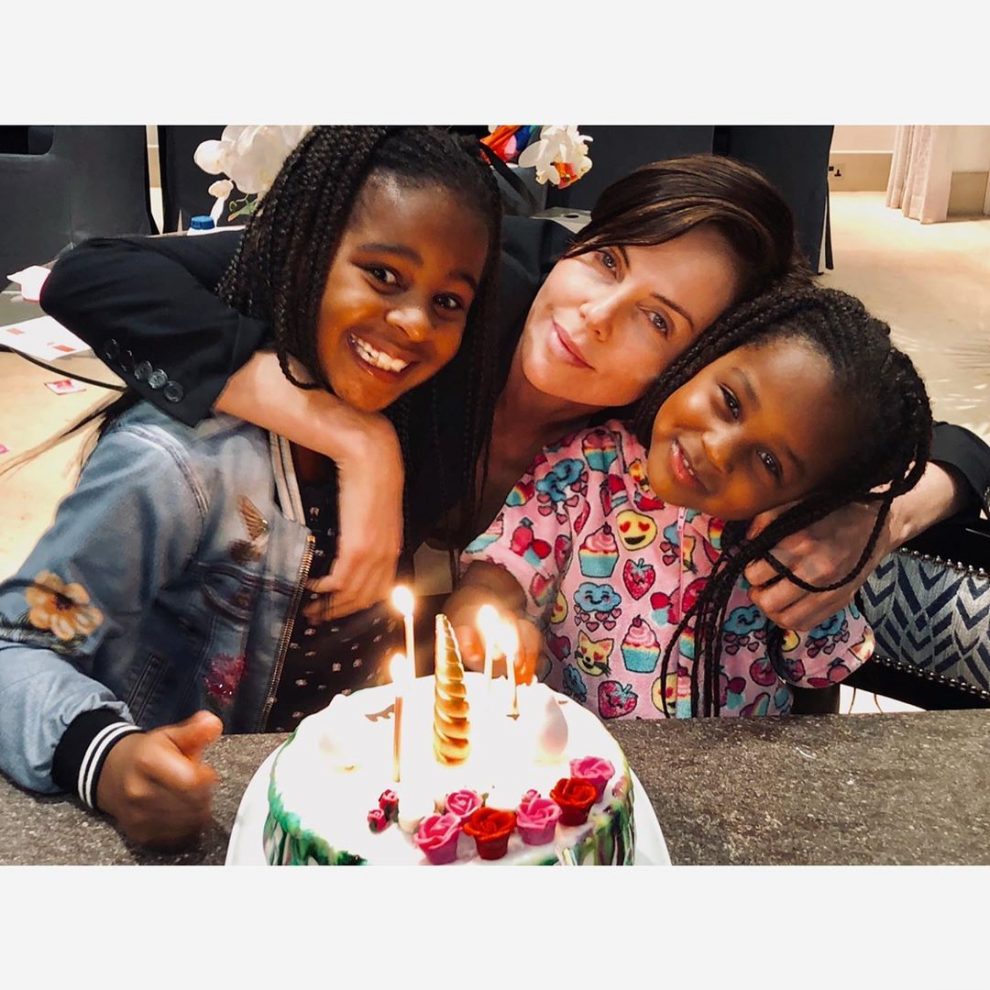 Charlize Theron, a huge celebrity, posted pictures of her daughters after a really long absence on their updates. They never got much pictured in public too. She never really liked sharing it online, but she did and here’s why!

The 45-year-old star posted a slideshow of her along with their daughters which symbolized her love towards them. In the picture, Jackson 8 and August 5 are seen smiling widely and also few of their moments captured are also seen being cherished.

“My heart belongs to these two beautiful powerhouses. I will never be the same. Happy #NationalDaughtersDay ❤️”, Theron captioned the photo.

Celebrity hairstylist Adir Abergel wrote, “My two beautiful dreams. I love them and I love you so much!”

Until now, Theron has kept her daughters off her social media. In a snapshot from a simulated birthday party, she posted a picture of her daughters earlier this year in honor of her 45th birthday.

Also One of the reasons why she made this decision to keep the lives of her daughters more private is because of Jackson, her oldest daughter. Theron spoke up regarding her being transgender in 2019, so that when reporting on her, the press would use the right pronouns.

“My daughter’s story is really her story, and one day, if she chooses, she’ll tell her story,” Theron said in a December 2019 interview.

“I feel like as her mother, for me, it was important to let the world know that I would appreciate it if they would use the right pronouns for her. I think it became harder for us the older she got that people were still writing about her in the wrong pronouns, and also I was still talking about her in the press using the wrong pronoun. It really hurt her feelings. I don’t want to be that mom, and that was really why I said what I said a while back.”

“I haven’t really talked about it ever since, again, because outside of just asking that respectfully of the press – and the world, hopefully – the rest is really private and it’s her story, and it’s really up to her to decide if she wants to share that.”

Charlize has done an incredible job as a single mother raising her two children, after adopting Jackson in 2012 and August in 2015. She loves her life with her two daughters, and she said that she can’t even imagine sharing their home with a spouse! “I never wanted to get married. That’s never been something that’s important to me”, said Charlize. She hasn’t been dating anybody since she split in 2015 with Sean Penn.

She also said that “the lives” of her children are the reason she’s “never been lonely” or “felt alone”, and she is thankful for it.