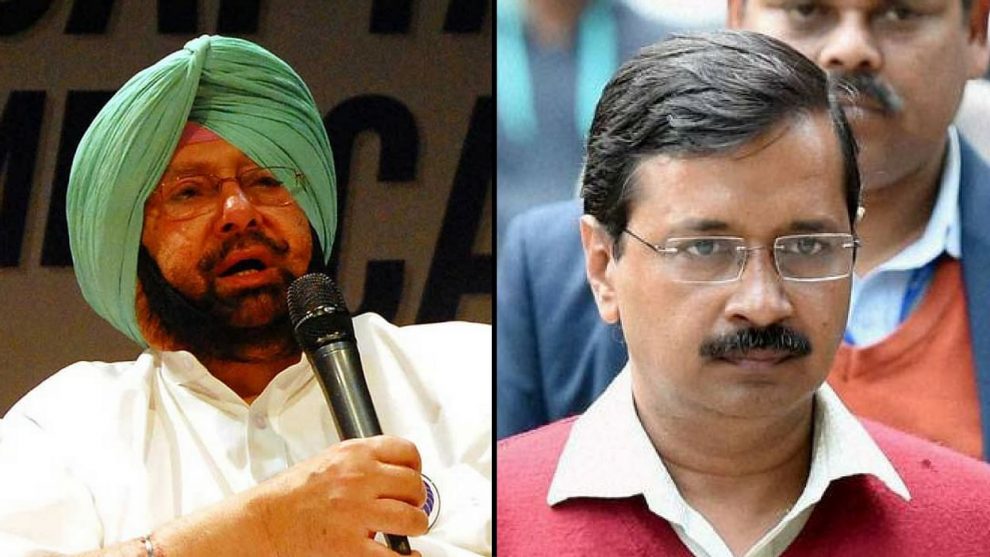 The gloves were burnt today as the rally of farmers blasted at the doorsteps of the national capital in the ongoing sparring of the Chief Ministers of Delhi and of Punjab. Amarinder Singh called him ” a sneaky little fellow” and accused him of “double standards” as Kejriwal struck a “low level politics” jibe on his Punjab counterpart.

Mr. Kejriwal has taken on Mr. Singh, alleging that he has joined hands with the BJP and is angry that the government of the Aam Aadmi Party has not turned the city’s nine stadiums into prison openings. The Punjab unit of the AAP had previously said that Prime Minister Narendra Modi, who is already upset about the problem, controls the Punjab Chief Minister.

Mr Kejriwal was cited by the news agency ANI as saying,”The Punjab Chief Minister has made allegations against me that I have passed the black laws in Delhi. How can he do such low-level politics in this fragile situation? It’s not up to state governments to implement it. Had it been so, why would farmers of the country hold talks with Centre,” He turned down the Delhi Police plan last week to turn the city’s stadiums into open prisons, and claimed the protesting farmers ae the guests of the city who managed to cross the barricades at the border.

The Center had plans to place the farmers in the stadiums in Delhi The reason behind Captain Sahab’s allegation is that we did not allow the nine stadiums in Delhi to be converted into jails,”They are upset with me as I didn’t give permission for making them jails,”said CM Arvind Kejriwal.

Accusing the leader of the AAP of shedding crocodile tears” Punjab Chief Minister Amarinder Singh said it is obvious that Delhi Chief Minister Arvind Kejriwal is just playing with the emotions of the farmer, as his party has totally lost the political narrative in Punjab.

Mr Kejriwal should have tried to make some effort to counter them and secure the rights of the farmers instead of meekly notifying the central laws, said Mr Singh. It was clear that he said, “this sneaky little fellow, whose double standards have been exposed time and again, is now completely cornered on the issue,”

In his criticism, Mr Singh was tough and said, “Do they have no shame? They failed to pass any amendment in the Delhi Assembly to negate the central laws, as was done in Punjab. And now they have officially notified the agricultural legislation. The party’s true intent and affiliation has been exposed,”

READ ALSO: CM Amrinder Singh on Meeting with Amit Shah “Nothing for me to resolve”