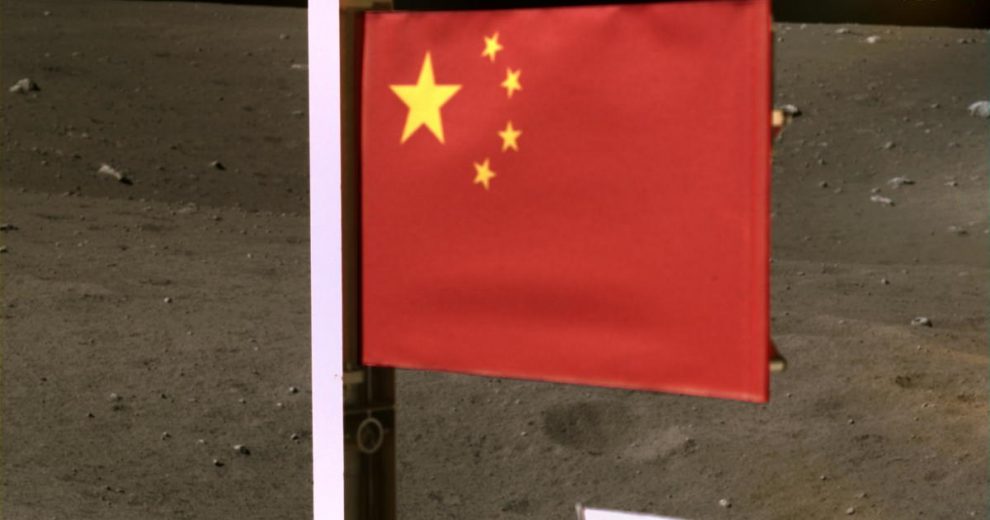 Well, it is not recent that the US and the Soviet Union is always getting themselves into the cold War Competition concerning the space race which involved moon landing, unmanned space probes, and even human space flights. History got made by both the countries with the US hoisting its flag in the space after sending humans and Russia being the first country to send a human on space. When the Coronavirus Pandemic hit the whole world and brought everything to a standstill, China too made some development and history in their space adventures.

China too planted its flag on the Moon after the US and became the second country in the world to have its flag hoisted on the moon. The Chinese space agency, China National Space Administration (CNSA) gave the news on last Friday, December 4 along with images of the flag which got captured during the sample mission of Chang’e-5 lunar.

The top rival of the US was the Soviet Union during the Cold War. However, the US put an end to it by putting humans on the moon with an American Flag. The debate still goes on among many expert and historians regarding the reasons for falling behind of the space to the Moon by the once-flourishing Soviet space program. Many still wonder if it was due to some engineering failure or internal issues. However, China became the second country to hoist a flag on the Moon without sending an astronaut after increasing its space spending over fifteen years to almost 349 per cent. But, the US already achieved the same thing almost fifty years ago. The mission got carried out by them in 1969 during the Apollo 11 mission, and five more moon missions also followed it until 1972.

The Flag planting with Lunar Samples

According to the space authority of China, a Chinese Spacecraft carrying the first lunar samples of the country is on its way back from the moon. The Chinese officials also said that the spacecraft planted a Chinese Flag on the surface of the moon before taking off. The Chang’e-5 probe of China got launched on November 24 and consisted of returner, orbiter, an ascender and a lander. It was on December 1 that the lander ascender got down on the Ocean of Storms, Mons Rumker region’s north side in OceanusProcellarum

Xinhua News Agency, which is a state-run one reported that the Chang’e-5 ascender took off from the surface of the lunar after the samples were collected and sealed on Thursday at 11:10 pm (Beijing Time). The Mission of China also put out a tweet quoting it as the proud moment for them for their National Flag to have unfolded on the moon. Samples were also collected by the Change5 before taking off from the moon. According to the Mission team, the obtaining of soil from the moon will provide knowledge about the geological evolution and other activities of solar in the universe. The return capsule will take the trip back to the Earth in its optimal time after waiting for about a week in the lunar orbit.