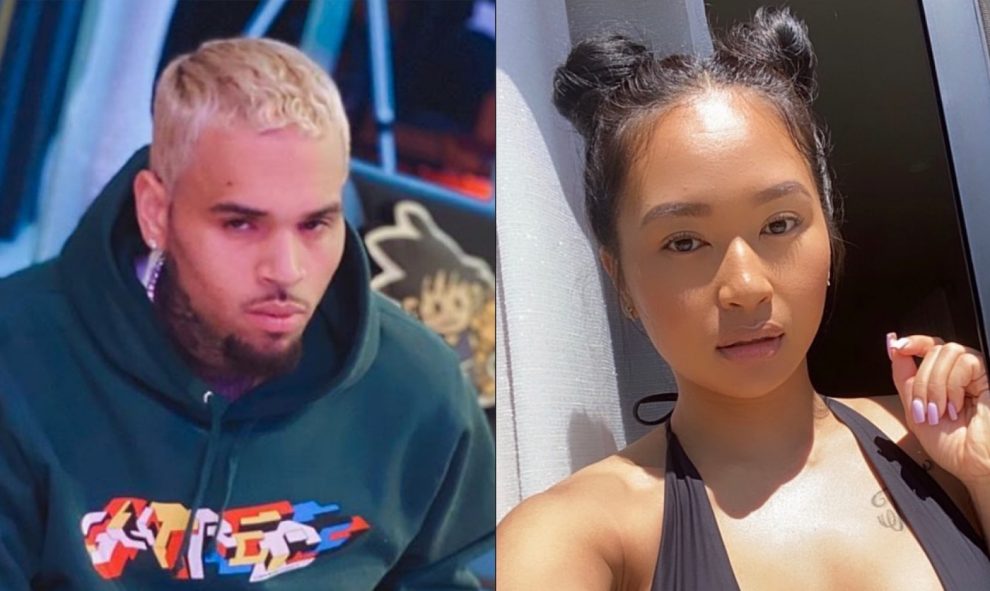 A new relationship has been popped up in the music industry. The “Go Crazy” singer was seen with model Gina Huynh with their hands intertwined, on set of his music video for “City Girls” with Young Thug in downtown Los Angeles. According to Daily Mail Online, the two were seen involved in PDA and “looked very much like a couple.”

This news comes to light after Chris Brown and Ammika Harris unfollowed each other on social media. The two are parents to a son, Aeko, but they parted ways during the COVID-19 pandemic after she took Aeko to Germany to visit her mother.

“Chris and Ammika unfollowed each other on social media but it won’t last long,” a source said to HollywoodLife. “Their relationship is complicated but who could blame them? They have their ups and downs just like everybody else, plus they’re living under a microscope with the added pressure of being on different continents.”

Chris was outfitted as a 1920s gangster, with a fedora, holster suspenders, and a peacock feather print tie while being on set by flapper dancers.

“City Girls” is the most recent single from Chris and Thug’s collaborative project Slime & B. The two were nominated for Best Duo or Group at the BET Hip Hop Awards. They posted an animated video for “Say You Love Me,” whereas “Go Crazy” is presently ranked at No. 13 on the Hot 100.

Gina has a Vietnamese origin and is a fitness model. She was earlier believed to be with another famous celebrity, Diddy. Last year, Gina posted a video of her and the tycoon cuddling on Instagram. Amusingly, the two artists are friends who worked together on a song in the past.

Chris Brown and Gina have not officially confirmed the plausible relationship, but if they are linked, they will make one hell of a couple!