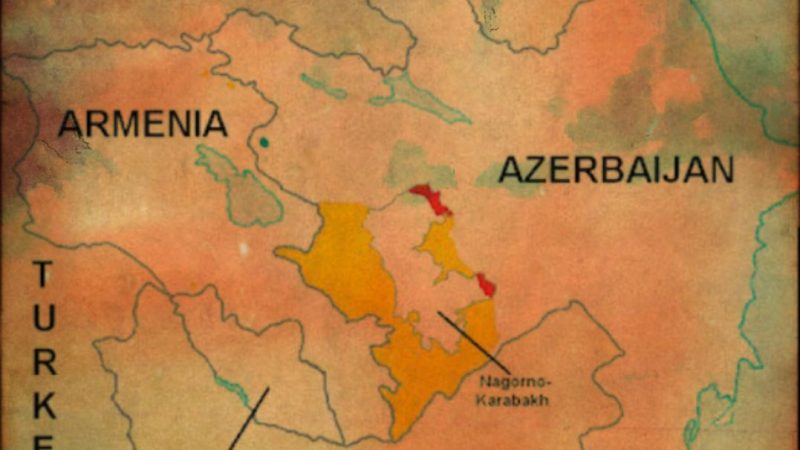 A clash has erupted between Armenia and Azerbaijan. The two countries have fielded tanks, cannons, and combat helicopters, declaring war against each other. Meanwhile, Armenia has implemented its martial law in the country and ordered its forces to march towards the border. Both countries have confirmed the deaths of civilians in the attack. The Armenian Ministry said that the fighting began on Sunday with an Azerbaijani attack, but Azerbaijan said that the Armenians started first and Azerbaijan began retaliation.

Armenia’s Defense Ministry has issued a statement saying that the Azerbaijan army launched an attack on the residential areas of the regional capital Stepanakert at 08:10 local time. In response, our security forces have killed two Azerbaijan helicopters and three drones. Apart from this, we have also flown three tanks. Armenia has also released a video of targeting Tanks.

In response, Azerbaijan has said that our troops have started retaliating on the whole front to suppress the combat activity of Armenia’s armed forces and ensure the security of the civilian population.  Azerbaijan’s Ministry of Defense said that many of its civilians have died in Armenia’s attack.  At the same time, one of his helicopters has crashed, but its pilot has been saved. Azerbaijani President Ilham Aliyev addressed the nation in this regard this morning. “Armenian armed forces fired on our settlements, as well as our military positions, from several directions this morning, using various types of weaponry, including heavy artillery,” the president said.

What is the fight over

These two countries want to occupy a part of the name Nagorno-Karabakh spread over 4400 square kilometers. Until the 1990s both countries were part of the Soviet Union. There has also been a war in the mountainous region between the two countries, but this dispute has not been resolved yet. The Nagorno-Karabakh region is an international part of Azerbaijan but is occupied by ethnic factions of Armenia. However, this conflict has taken place in the disputed area in the north According to Azerbaijan, there has been a fierce struggle in the Tovuz district.

Countries around the world including the US, Russia have expressed deep concern over this conflict. Let us know that both sides keep accusing each other of targeting civilian targets on the border. Azerbaijan alleged that several civilians and soldiers were killed in Armenia shelling. Meanwhile, Armenia has also alleged that Azerbaijan is shelling its Beard town.

Turkey’s high ranking officials condemned the Armenian attacks on Azerbaijani civilians. On the other hand, Presidential Spokesperson Ibrahim Kalın took to Twitter to declare the country’s pro-Azerbaijan stance once again.

Russia called for a ceasefire

Russia’s Ministry of Defence has demanded an immediate halt to the ongoing clashes between Armenia and Azerbaijan.  Russia has said that it can mediate but, for this, a ceasefire is urgently needed.

Which is the only Continent without coronavirus?
Charlize Theron puts up Daughter’s day post for her kids!
Comment