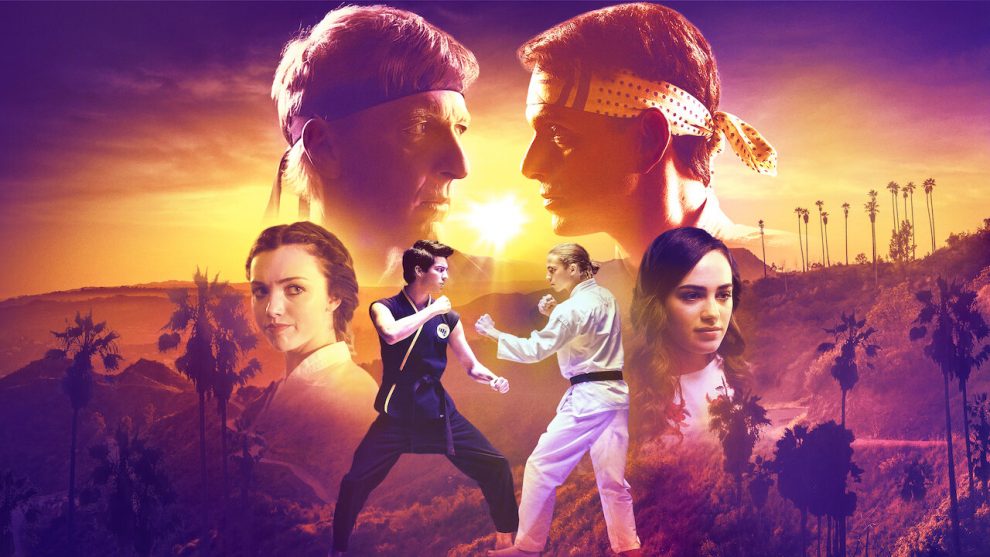 Pack up your Gi’s and head down to your favourite reel world Dojo because Cobra Kai is coming back to Netflix. The Youtube red series is all set to be renewed for a fourth season with Season 3 already on the way.

The Karate Kid spinoff that took Netflix by storm earlier this year is all set to hit our screens again with an official release date being announced. For fans who started watching the series after it debuted on Netflix, this news is especially rejoicing as they don’t have to wait very long when compared to the O.G. YouTube Red era ones. With the old cast ready to reprise their roles and new faces ready to make their mark it sure seems to be something all of us will be looking up to in the coming months.

With a 4th season already in the works, the third installment of Kai will be up on Netflix… wait for it… on January 8th, 2021. Netflix announced the date alongside a sleek first look with a montage of familiar faces. John Hurwitz, the long-time showrunner has said that three was ready-to-release as early as September with season four set to start filming early next year. So if you’re already pumped up, hold your horses because the wait isn’t long.

It is no secret that season 2 ended on a rather grim note. Kreese tricked Lawrence to pocket his Dojo and students, which in hindsight is not as painful when you remember the last time we saw Miguel was on life support. Showrunners have said they might include a time jump from the last time we saw our violent misfits. It also has been said this season will most certainly have a more pleasant tone with the backdrop to support that. At least part of the season has been shot in Okinawa, Japan and we may also learn more about Mr. Miyagi.  Season three may be crucial in determining where Johnny and Daniel’s paths lead to and whether they ever manage to make amends.

The cast headlined by William Zabka as Johnny and Ralph Macchio as Daniel LaRusso will return in its entirety. While speaking of his expectations for Johnny, Zabka said,” He’s worse than where he started at, everything’s taken from him AGAIN,  I want him to feel happy I just hope he has better days this season”. So do we Billy. Let’s brace ourselves for our favorite funky fighters as they bring the part to us this new year.

The Umbrella Academy Season 3 Officially Renewed, Cast and More
The Last Kingdom returns with a brand new season, here’s all you need to know:
Comment