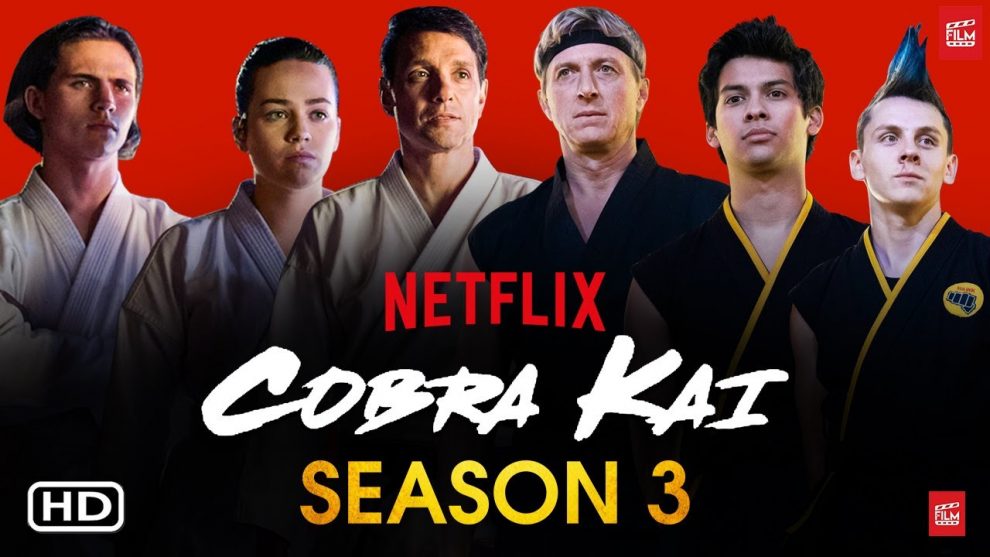 Cobra Kai is an American comedy-drama series. It is set after 34 years of the original Karate Kid film; the narrative is set by Johnny Lawrence. Cobra Kai is made by Josh Heald, Jon Hurwitz, Hayden Schlossberg.

Cobra Kai Season 3 is all set to release on January 8, 2021. After waiting for nearly a year fans are super excited to see their favorite characters like Demetri, Johnny Lawrence, and more.

Here is the official cobra kai season 3 Release date announcement video. Watch it out see some glimpse of the upcoming season of cobra kai.

Cobra kai is first started out on YouTube Red, which is now later re-branded as YouTube Premium. First, two seasons was launched on the platform as a part of YouTube originals and are available for free for a limited time. After the series success, Netflix acquired the show in June 2020. Now it’s available on both platforms.

Currently, there is no official cast revealed for the upcoming season. Season 3 still hasn’t aired yet, but as shown in the teaser it’s easy to guess who will be featuring in the third season of the show.

When you can expect Cobra Kai season 3 trailer?

Cobra Kai season 3 has been officially announced and its release date is confirmed. The show is going to drop on Netflix on January 8th, 2021. The show is just a few months away from its release. Depending on the recent scenarios you can expect the Cobra Kai season 3 official trailer next month. Prior a month from its original release date. Magazine99 will keep you update once the official trailer hits the YouTube.