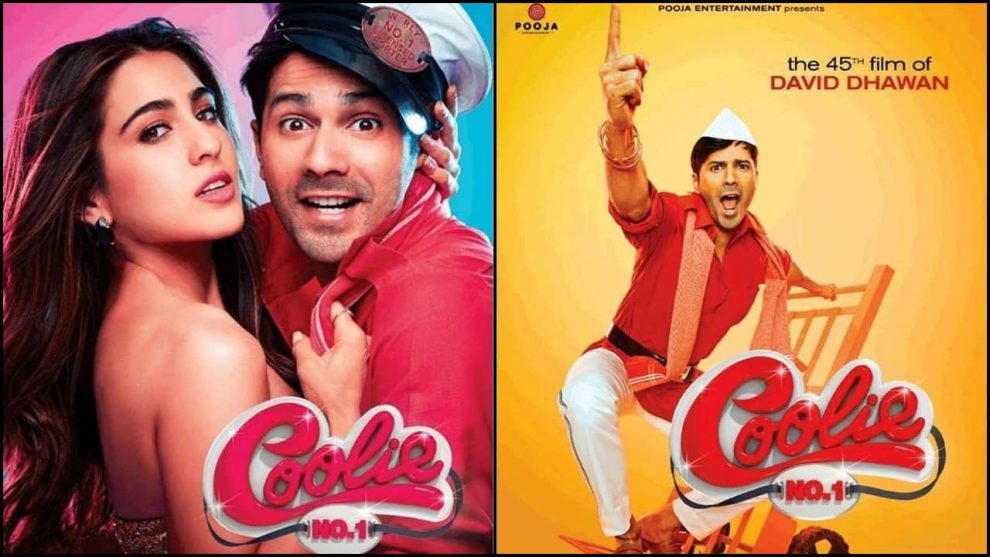 In this remake Varun Dhawan will be seen superseding Govinda and Sara Ali Khan stepping into Karishma Kapoor’s shoes.

Sarah and Varun in their interview said that the film is not a film remake the plot will be different from the 1995 original though the trailer seem to appear quite similar to the Govinda and Karishma kapoor film.

Check out the trailer for Coolie No.1 below.

The remake will also be a romantic-comedy saga.Starring Paresh Rawal as Jeffery Rosario who is a wealthy businessman and wants his daughter Sarah(played by Sara Ali Khan) to get married to the Richest bachelor in India.But things will not be as Jeffrey expects,JaiKishen(played by Javed Jaffery) who is a matchmaker brings in Raju (Played by Varun Dhawan) a coolie and disguises him as a Rich Indian Businessman to take a revenge from Mr Rosario for his insult.

But the saga of endless banters and side splitting moments doesn’t end here,after Sarah is married off to Raju her father finds things to fishy and soon finds out that Raju is a Coolie! But He manages to cover up saying he has a separated twin!

One lie leads to another this film would definitely leave you laughing till your stomach hurts!

The film trailer which release on 28th November has received positive as well as negative responses:

while some are ready to see Varun and Sarah’s Chemistry some believe to stick to the original movie starring Govinda and Karishma Kapoor.

Coolie No.1 is releasing in December 25th and is exclusively available for all the Amazon Prime Video Subscribers.

South Park Season 24 Episode 2 And 3: Everything You Should Know!!
Cobra Kai Season 3: Release Date, Plot And Other Updates
Comment