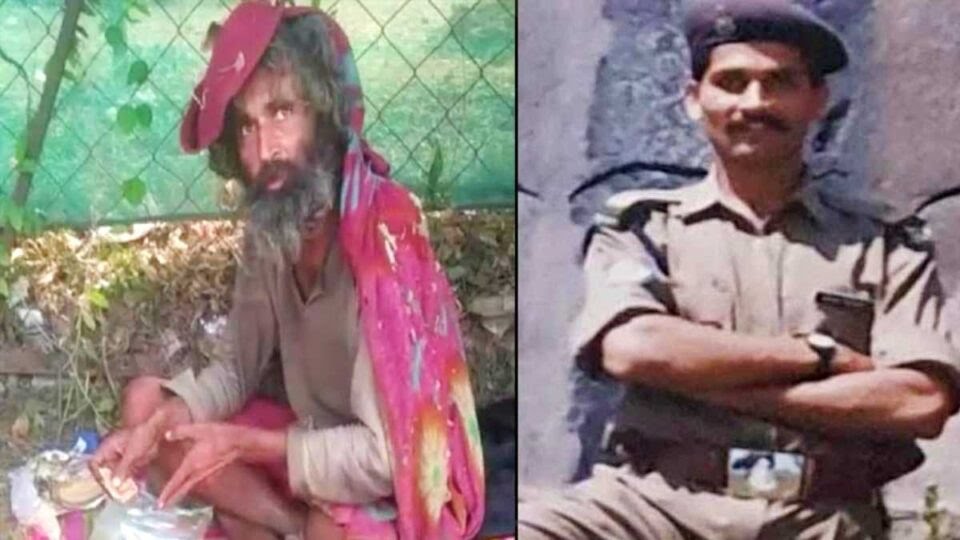 Two cops- Deputy Superintendent of Police Ratnesh Singh Tomar and Vijay Bahadur of Madhya Pradesh his colleague found their fellow batchmate who went missing 15 years ago in a demented state, shivering in cold earlier this week.

On 10th November the day of the vote counting, when these two cops were on their round-up duty, they saw a man who looked like a beggar shivering in cold and looking for leftover food as they drove along a marriage hall in Gwalior. The two cops were deeply moved by this sight, therefore, they decided to offer him their jacket and footwear and also tried to speak to him.

The two cops were shocked when the beggar called them by their first names, who was this man? how did he know their names? hence they inquired more and asked him his name, well to their surprise it was their batch mate Manish Mishra from 1999 who went missing in 2005 that is 15 years ago!

Manish Mishra who was posted as an inspector in Datia had gone missing 15 years ago, Manish Mishra had served the police department since 1999 and was also posted to several places within the state, his colleague Ratnesh Singh Tomar who currently is the DSP of Gwalior Crime Branch said Mr Mishra was a great athlete and a sharp shooter as he recalled his training days.

“Mishra was a good athlete and sharp-shooter who joined the police force along with us in 1999. He began to suffer from mental issues after some years. His family got him treated, but one day he went missing,” he said in a statement. “All these years, nobody knew his whereabouts,” he added

A lot of Mishra’s relatives are in the police departments which includes his brother who is a thana in charge(station in-charge), his sister and his father who is a retired additional SP. His wife too is in the judicial system but had left him years ago.

Back in 2005, when Mishra was posted as an inspector in Datia he suffered from mental derangement and suddenly went missing, it is said that for the first 5 years he had been admitted in an ashram for the treatment of his mental illness but he escaped and he was living on the footpath and begging for a living. Though, a lot of efforts were made to trace him but unfortunately failed, as per investigating sources Mishra spent the last 15 years on footpaths as a beggar.

He will now be under the care and will be treated in a shelter of a Non-Government Organisation until any other arrangements are made for his treatment.DSP Tomar and Vijay Bahadur insisted Mishra to come along with them, DSP Tomar said,”We, his friends, will try and get the best treatment available for him so that he becomes his normal self again,” but Mishra was a bit reluctant therefore he will be living in the NGO shelter.

This Might Interest You: Brave Police Officer saves his own children from Fire