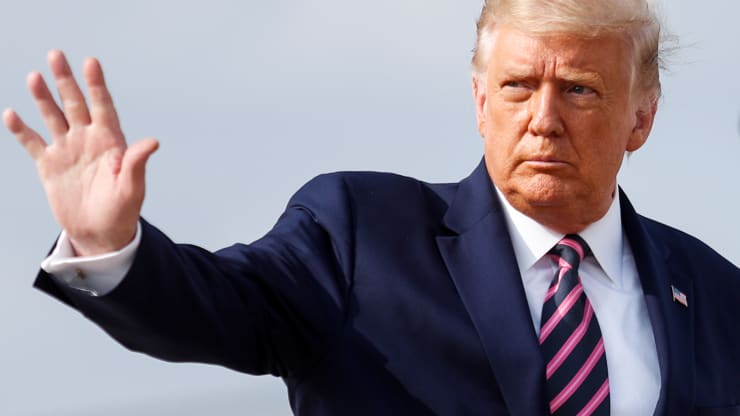 President Donald Trump has said on Tuesday that the United States would not reimpose any lockdown any more to control the spread of Coronavirus. He said so as new measures and restrictions have been reimposed in the United Kingdom by Prime Minister Boris Johnson. He further said that it has been reimposed so that they can control case count in the United Kingdom. On Monday 4300 cases have been found COVID-19 positive. He has come forward to ease lockdown measures in England. He requested people to work from home as much they can. He also made an appeal to the pubs and restaurants to shut it at their early time. he said that these lockdown measures can stay up to six months if the condition does not improve. He warned his citizens the country at his perilous turning point.

According to the Date given by Johns Hopkins University, The United Kingdom has reported 4300 cases on Monday. This is the first time when the country surpassed the other Europian countries. That is why eased lockdown has been reimposed by the Prime minister of the United Kingdom John Borison.

President Trump giving an interview to Fox 2 Detroit has given a statement about reimposing lockdown in the UK. “The U.K. has been just shut down again. UK just announced that they’re about to do a shutdown, and we’re not going to be doing that,” Trump clearly refused to reimpose the lockdown by saying we understand the disease, We understand how to handle it.

U.K. government health authorities have warned of growing hospitalizations that could lead to increased numbers of deaths as people fall seriously ill and die. London Mayor Sadiq Khan said in an announcement Monday that Covid-19 is “spreading exponentially, in all age, groups over the U.K.”

But in US cases started to go upward instead of slowing down, Trump said that we are having enough capabilities to handle that we are having tremendous capacity. Many experts like Dr. Fauci have warned again to take precautions. But Trump has refused to do so. Now the USA is also one of the worst-hit countries in coronavirus cases.

Why Trump requests UN to hold China accountable for the coronavirus pandemic ?
Why is China conspiring to reduce the Muslim population?
Comment