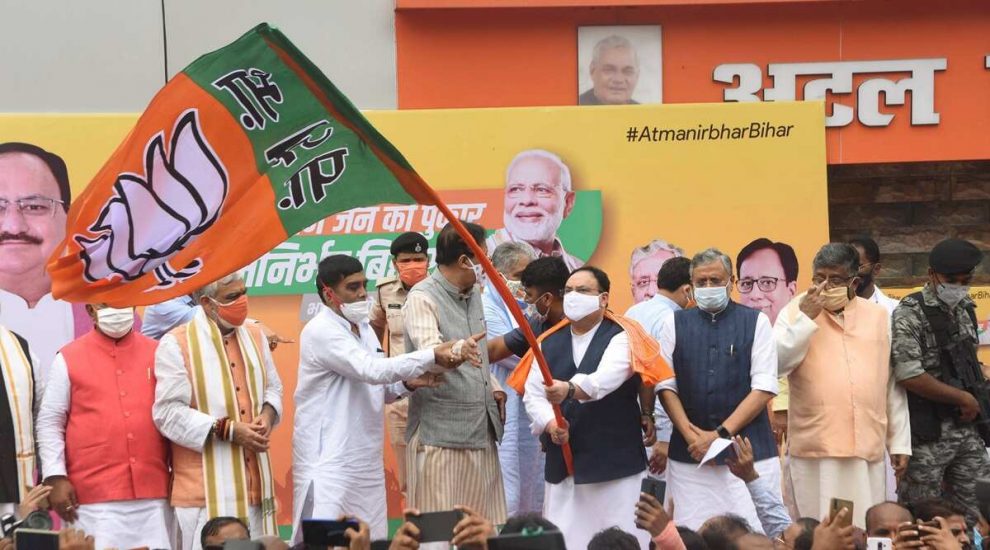 COVID vaccine in India and around the world has been long in demand now. Some countries have already started the human trial while some are yet to develop their own. However, the major concern after the vaccine is approved, is the distribution of the COVID vaccine and the prices. With the rising coronavirus cases and many countries suffering from the second waves, the prices of the upcoming vaccine are of a big question for many. The ruling party, Bharatiya Janata Party (BJP) recently released their party motive in Bihar and said that the if they come to power, they will provide “free COVID Vaccine” to all the residents of Bihar. And this has received mixed reactions from people and other political leaders alike.

BJP leaders during the rally released their election Moto which was approved by the leaders. The party has claimed to provide with “free vaccines” for all the Bihar residents. However, it has received sharp responses from other party leaders. Meanwhile, the Union Law and Justine Minister said that it was “historical step”. And further said that no Opposition party should show concerns over it as BJP is reportedly thinking “progressively towards healthcare”. The Union Minister Ravi Shankar also said that the manifesto is legal. In a press conference, he said that the manifesto will only be a problem to leaders who have only make “tall claims” during the elections and don’t intend to keep their promises. Shankar added that this step shows BJP’s commitment towards people’s health care.

Ravi Shankar concluded his statement by saying that he thanks the BJP government for prioritizing the distribution of COVID Vaccine in the political manifesto. Union Finance Minister and BJP leader Nirmala Sitharaman released the party’s manifesto for Bihar Elections 2020.

While BJP promised to provide COVID vaccine for free to the residents of Bihar, the opposition parties showed concerns over the actions. Congress Leader Rahul Gandhi said that the inclusion of the COVID Vaccine in the party manifesto only limits the “access strategy” for everyone. He claims that [because of actions like these] every state should check the election schedule to assess their vaccine distribution dates.

Even Aam Aadmi Party leader Arvind Kejriwal expressed his concerns. He said that it would be unfair for the people who don’t have BJP as the ruling party. As it would mean that the Indians who didn’t vote for BJP will have to pay for COVID vaccine while Bihar receives it for free.

Joining the criticism also came Uddhav Thackeray, Chief Minister of Maharashtra. In his speech, he asked, why is only Bihar getting free COVID vaccines. “Are other people from Bangladesh or Pakistan?” asked Thackeray.