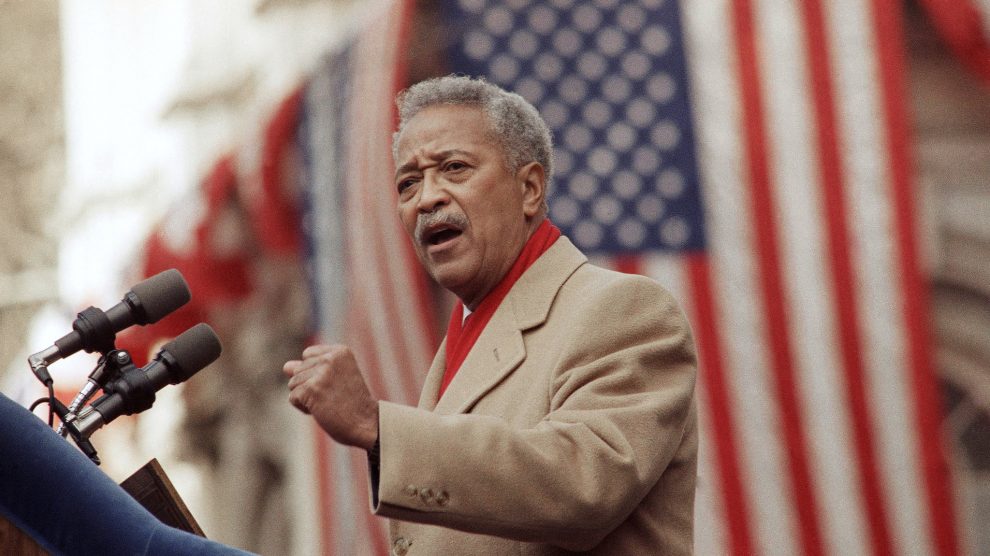 David Dinkins who was New York city’s first African American(Black)mayor passed away at the age of 93. He had beaten Giuliani by 47000votes out of 1.75 million votes in 1989 but he lost with the same margin against Giuliani in 1993.

Dinkins was elected as the mayor with great Hope’s,but his career doomed within a single term due high number if murder rates,and for not handling the riots in Brooklyn properly.

During his term, the crime rate in New York city had raised alarmingly raised the rate of homicide were as high as 2245 in the 1990s. But it declined in his 4-year remainder term. Dinkins’s term was marked by events such as the Family Red Apple boycott, a boycott of a Korean-owned grocery in Flatbush, Brooklyn, and the 1991 Crown Heights riot. When Limerick Nelson was acquitted of murdering Yankel Rosenbaum during the Crown Heights riots, Dinkins said, “I have no doubt that in this case, the criminal justice system has operated fairly and openly.”  Later he wrote in his memoirs, “I continue to fail to understand that verdict.

He began is Political career by serving the New York State assembly in the year 1966.He advanced to the Manhattan borough before he became he mayor.He received a lot of criticism for his low key approach too,but he raised taxes to hire thousands of police men t,spent billions to revitalize neglected housing and also got Walt Disney Corp to invest in the cleanup of the Times Square which was then very seedy.

After his term as a mayor got over,Dinkins joined the Faculty of Columbia University.

He served as the 106th mayor of the New York city he served as a mayor from the year 1990 to 1993.He graduated in Latin Honours from Howard University and recieved a law degree from Brooklyn law school.Dinkins married his college sweet heart Joyce Burrows in 1953,his wife Joyce passed away a few days ago at the age of 90.The pair is survived by their two kids Donna Dinkins and David Dinkins Jr. And their three grandchildren.

This Might Interest You:Putin will not acknowledge Biden as president-elect. Yet.