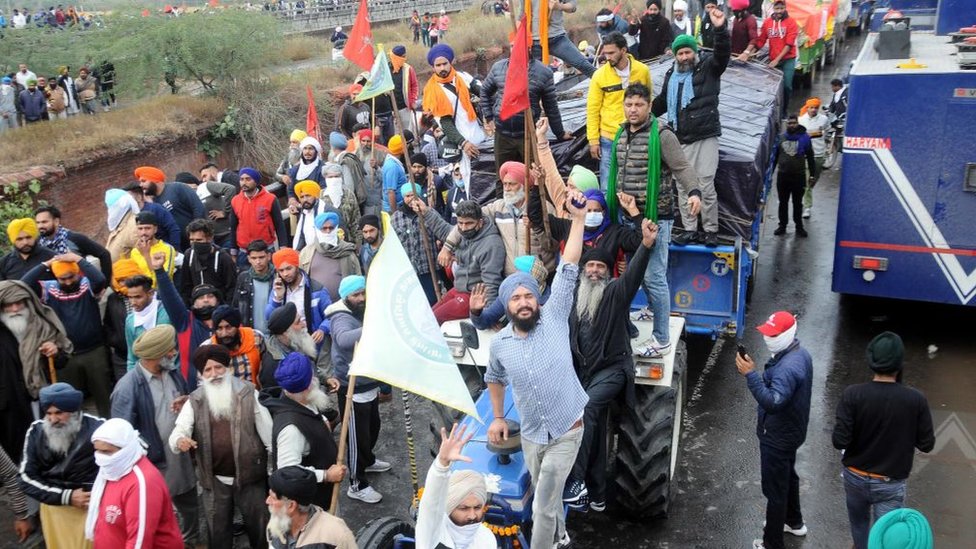 New Delhi: For the past few days the number of Farmers and protesters around the Delhi border has been increasing in numbers. With heavy security force deployment along with blocks of Concrete barricades and barbed wire, every measure was taken to ensure the protestors don’t get inside the Capital.

Traffic inside and outside the city was affected gravely with roads being blocked either by protestors or policemen. Talking to NDTV a cop said,” We have asked them to go back because we have Corona here, if they go back we can go back” All around the borders tear gas shelling and water cannons were rampant, in response to this the protestors tore down concrete barricades and tossing down steel ones.

The cops are on high alert, checking every vehicle that enters the capital, especially ones registered in Punjab and Haryana.  Section 144 of the CrPC has been imposed and the entire borders have been turned into a fortress.

The protesting farmers have threatened to block all the roads leading to Delhi if they are denied the permission to travel towards the national capital. The farmers in Punjab recently held off the Railways for 50 days under the same protests.

The farmers coming in from Punjab have been facing the most adversity in entering the capital, being blocked at the Punjab-Haryana border by barricades and Water cannons in the freezing cold. Later while entering the Delhi-Haryana border these farmers were welcomed with water cannons, barbed wire and consistent tear gas shelling.

Delhi Police: “They are forcing us to use minimal force”

While there were constant clashes between the two sides, many people engaged in conversation with the cops. The farmers were persistent on wanting to exercise their right to protest. The cops on the other hand were dedicated to protect their city from over-crowding at the time of a Pandemic. The farmers constantly diverted this excuse pointing at politicians who have constantly been holding rallies all this time .

The police had previously asked permission to detain the protestors in stadiums around Delhi however, the Delhi Government did not consent to this.