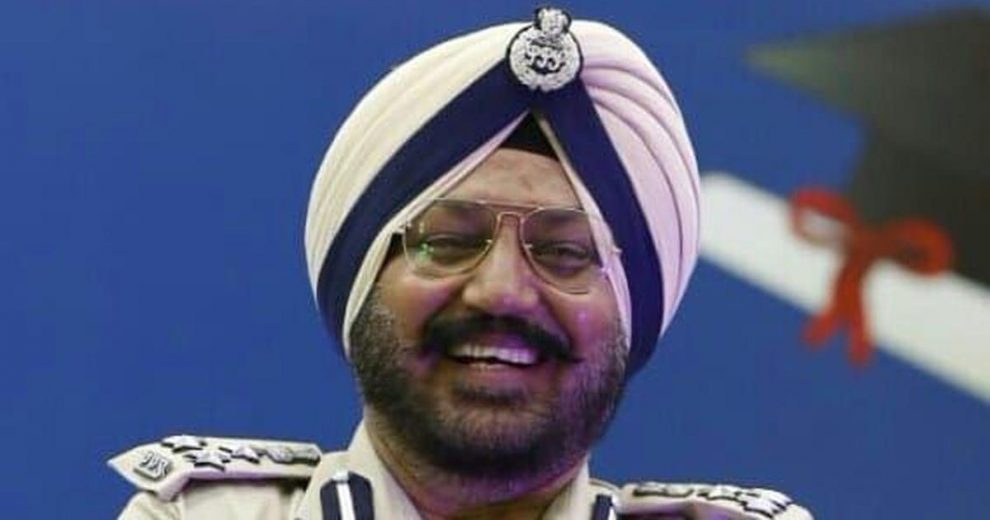 The heart and capital of India are at chaos now with the ongoing protests against the new farm laws. Thousands of farmers have stayed put at various border points of Delhi from Haryana, Punjab, and Delhi. Farmers are in fear of the new farm laws of the minimum support price system getting dismantled and leave them at the big corporate mercy. The support for the farmer protests came openly from a number of political parties such as BSP, SP, and the Congress along with their leaders. There were also threatening from many people for returning the top government awards if the concerns of the protestors do not get met. Recently, the DIG of Punjab extended their support by giving resignation from his post.

Lakhminder Singh Jakhar who is the Deputy Inspector General for Prisons expressed solidarity with the protesting farmers and gave resignation from his post. He stated that the resignation was submitted by him on Saturday with all the formalities. Thus, he does not think of any hassles as to the acceptance of his resignation. He wrote in his resignation letter that he shall deposit as required by the government in the treasury a sum equivalent to allowances and pay the amount for exempting him from the stipulated time of advance notice. Thus, he requests for treating him as prematurely retired from the service with effect from December 12, 2020.

Lakhminder Singh Jakhar about being a farmer

Mr Singh stated that about his resignation that at first he is a farmer and after that a police officer. It is because of his father who worked in the fields as a farmer that made him study and got the position as what he has got today. Thus, he owes everything to farming.  He said that there are also lands of him and they do farming themselves even today and not gives any of those on contract to anyone else. Hence, he also has all the knowledge of the problems faced by a farmer. His mother still supervises the whole farming operations at the village and also does farming.

Lakhminder Singh further said that he could not look and meet the eyes of his mother when she asked his opinion regarding their farmer brother and sister who had been protesting since mid-September. Furthermore, he mentioned that his resignation also got encouragement from his mother so that he could sit in Delhi with the farmers. He will stand by the farmers and is likely to visit Delhi soon.

Lakhminder Singh Jakhar is one of the controversial DIG who got recently reinstated in Chandigarh after suspension in May of this year for charges of corruption against him. It was claimed that he on a monthly basis took money from the officials of the jail and also demanded a bribe from Deputy Superintendent Vijay Kumar. He is also involved in another case wherein he had returned the death warrants of Balwant Singh Rajona.

Sanjay Raut: Protesting Farmers are not Misguided
Army veterans plan to return the gallantry medals for a better future for the farmers
Comment