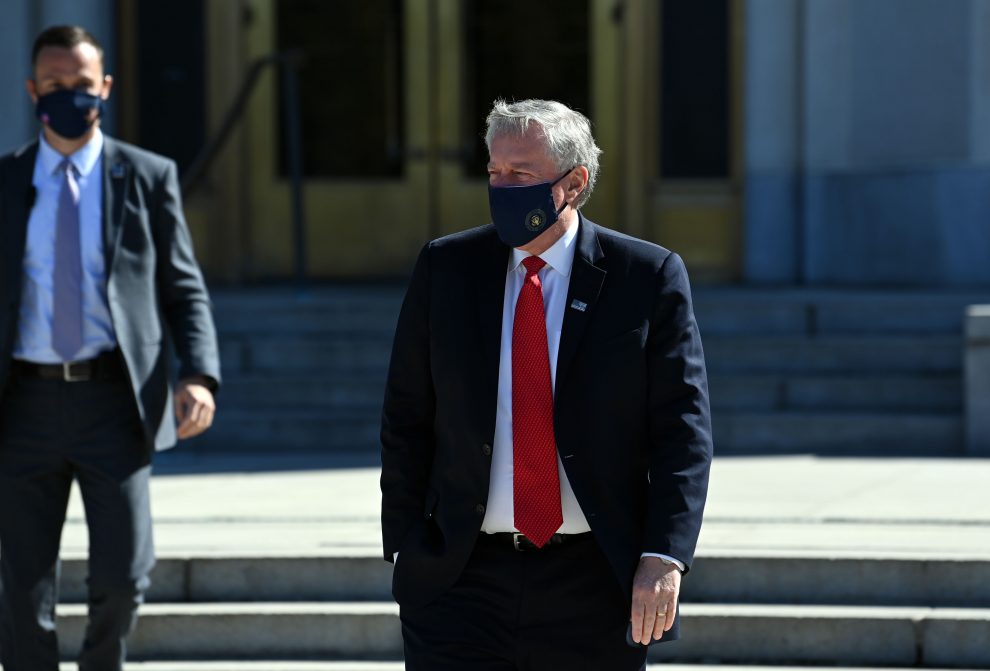 President of the United States of America, Donald Trump, went back to the White House on October 5 after being admitted at a military hospital for four days, following his contamination with the coronavirus. He aims to partake in the upcoming presidential debate slated for October 15 in Miami, Florida.

Trump was released from the Walter Reed National Medical Center after his team of doctors deemed that he was healthy to return home. White House physician Dr Sean Conley informed reporters at the Walter Reed National Military Center that Trump has surpassed all traditional hospital clearance norms and has been advised another dose of remdesivir drug in his medication of COVID-19.

“It’s been more than 72 hours since his last fever. Oxygen levels and ambulatory saturations along with his work of breathing or all normal though. He may not entirely be out of the woods yet, the team and I agree that all our evaluations and most importantly, his clinical status support the president’s safe return home, where he’ll be surrounded by world-class medical care 24 seven,” Dr. Conley reported.

After going back to the White House, Trump took the stairs up to the South Portico, rather than taking the elevators, to reach his residence, which seemed very atypical of him. After removing the mask, the US President stood up on the porch with his face towards the South Lawns for some time and saluted Marine One. In a recorded video message, Trump, while commenting on the noxious virus, said, “Don’t let it dominate you. Don’t be afraid of it. We’re going back to work. We’re going to be out front. Don’t let it dominate your lives. Get out there, be careful”.

Trump lags behind as per recent polls

On the other hand, latest polls suggest that Trump is lagging behind Democratic nominee Joe Biden and is left jostling even harder as he makes up for the days he spent at the hospital. As per the Wall Street Journal poll, Biden’s national lead over Republican nominee Donald Trump snowballed to 14 percentage points after the first presidential debate which took place on September 29. The anterior vice president is leading with the support of 53 per cent of those charted, while 39 per cent supported the US President. The poll was piloted following the anarchic and unruly debate. The latest survey highlighted a six-point soar for Biden from a September 20 referendum.