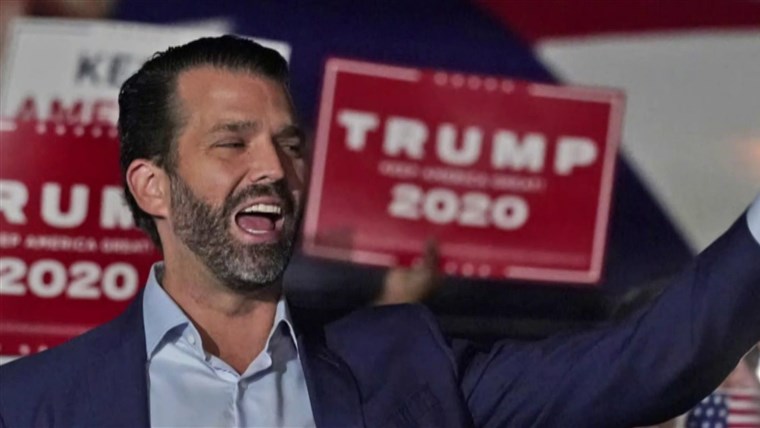 Trump Jr is one of the most outspoken and aggressive defenders of his father, who is still refusing to recognize his defeat to Democrat Joe Biden in the presidential election.

Few days after the voting Trump Jr called for his father to go to “total war” against what he calls electoral fraud despite no evidence to support the claim.

Trump’s administration has been heavily criticized for its response to the pandemic, while the president himself has repeatedly downplayed the danger of the virus. Just like President Donald Trump he has also consistently downplayed the pandemic, telling Fox News as the virus surged around the country last month that deaths from Covid-19 had fallen to “almost nothing.”

President Donald Trump himself was tested positive for COVID-19 in October.He was hospitalized at Walter Reed Medical Center one day later after an outbreak at the White House.

A spokesperson for Trump Jr. said in a statement he is asymptomatic for COVID-19.

The coronavirus pandemic is surging around the country, with new cases regularly topping 150,000 per day since last week. More than 254,000 Americans have died from the virus since February. Trump’s handling of the pandemic helped cost him the White House. Until now nearly 60 to 65 people associated to the White House have been infected by the Corona virus.

This might interest you: UFC 255 Main Card Results and Bonuses