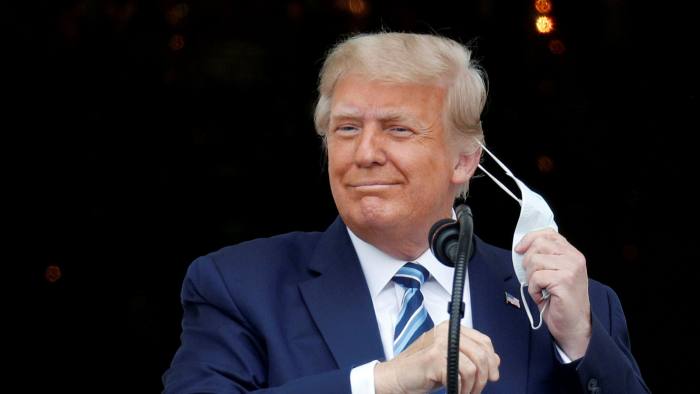 Sources reveal that the Secret Service Agents, who protect Donald Trump at all events, are required to wear masks. However, none of them has been seen wearing face masks. After many videos and photographs released, we could see that the secret service agents before he was tested positive were often seen maskless, which goes against the guidelines of Centers For Disease Control and Prevention. And this has not only been seen during the events outside but also during the events inside the office.

Experts and the public have often criticized both Donald Trump and the Secret Service agents for the same. This comes after Trump mocked Joe Biden on wearing face masks in the First Presidential Debate. During the debate, he said that Biden could be 200 feet away from the people but would still show up with “biggest mask” he has ever seen. At the same time, Joe Biden and his agents have often been seen wearing face masks and maintaining social distance. They have often been seen following the guidelines.

Donald Trump conducted a ceremony on September 26, 2020, for the nomination of Amy Coney Barrett for the Supreme Court Judge. The event was held at Rose Garden following a reception inside the White House. From the pictures surfaced over the internet, hardly anyone was seen wearing face masks and maintaining social distance.

Dr Anthony Fauci even called the event “super spreader”. After the event, many of the attendees were tested for COVID-19 and some even tested positive. This includes three U.S senators and White House press secretary Kayleigh McEnany along with her four aides. So far the Secret Service has refused to comment regarding them not wearing a face mask and the policies for the same. However, the spokesperson released a statement saying that the Secret Service have been trying their to follow the guidelines. They have even worn PPE kits when required. The statement said that they assess the situation and the event they are holding, and accordingly, they make the decision.

As of now, it is unknown if any of the Secret Service Agents have contacted the coronavirus from the recent White House event. But many have tested positive otherwise. And out of them, two were part of Trump’s June campaign at Tulsa, Oklahoma.