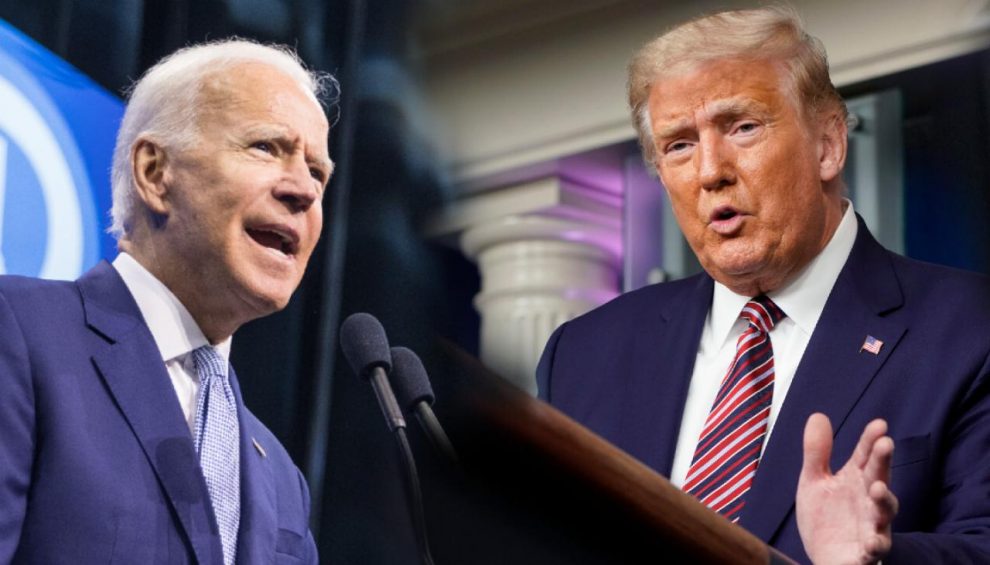 On Tuesday night, the Americans across the globe were glued to their television sets for the much awaited debate between Joe Biden and Donald Trump. Everyone’s heart was pumping towards the controversial and the momentous debate of all times. Sources say that they both have been preparing for a very long time. They both had a team of counsels to prepare each other for the big night. Now that the debate is over and people probably might have made their minds now. It’s time we know who actually won the stage.

The debate started on bringing out each other’s record and eventually became chaotic as they started to talk about protests and economy. As per the reports, Trump interrupted Biden’s speech at least 73 times throughout the debate. As his counsels were hoping for Biden to say something controversial in front of the public, he didn’t. Biden kept his calm throughout the 90-mintues long debate. This showed the audience that no matter how strong the pressure is from the other side, he wouldn’t lose is it or take any irrational decision. However, during one of the Trump’s interruptions, Biden got forced to say “Will you shup up man?”.

President on the other hand, took a more aggressive approach during the debate. Throughout the debate we could notice that Trump was trying to outweigh Biden instead of discussing the policies. The things started to get heated when Trump questioned Biden’s intelligence for being able to handle the responsibilites of a US President. In retaliation, Biden called him a “clown”.

Later in the debate the moderator announced that the next topic discussion would be Coronavirus and each speaker will speak for two and a half minutes, “uninterruptedly”. We hear Biden saying under his breath “Good luck with that”.

The debate between Trump and Biden was expected to get messy but it might have gone a bit too far. While they both discussed over various topics, there some of the key moments that set the bar straight for the course of the debate.

The first three debates of the session were filled with personal attacks. But later, Biden questioned his nomination of Amy Coney Barrett to fill in the seat of Late Justice Ruth Bader Ginsburg. To this Trump responded by saying that he has won the elections. So it is only his choice to choose who he wants to choose.

When the debate went towards Coronavirus, it got intense. As of the total number of cases in the United States of America is approximately 7.22 million which is the highest in the world. Biden said that Trump has no plans to improve the health care situations in the country amidst the pandemic. And further said that the Coronavirus deaths are in huge numbers because of who Trump is. To all the allegations, Trump concluded by blaming China for the spread of the virus across the world. He further said that if it was under Biden’s Presidency, the whole country would have been shut down to prevent the spread. Trump claimed that his Presidency has created one of the greatest economy in the history.

The debate also covered the Black Lives Matter Movement and the cases of police men killing black men and women. Biden said that there are some bad people in the police department. But because of that not everyone can be called a bad person. There are some good and honorable as well. However, Trump responded by saying that his presidency believe in “law and order”. He further accused Biden of not being able to say these words because he might lose his radical supporters.