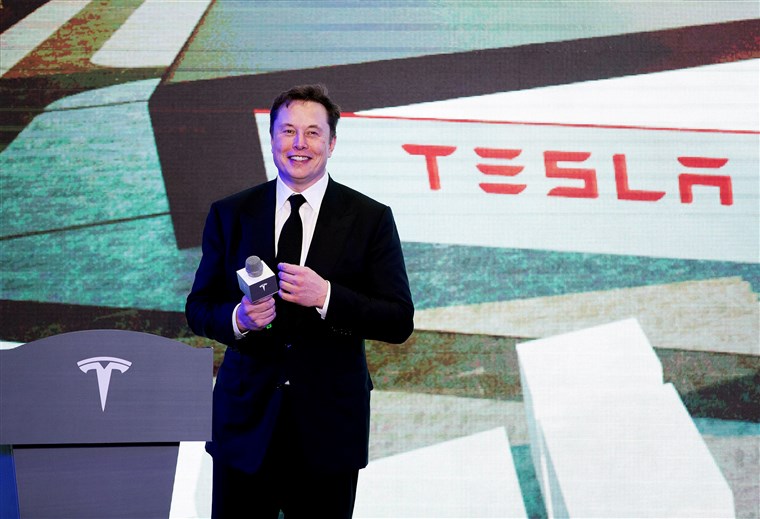 Tesla Inc. Co-Founder Elon Musk has passed Bill Gates and has become the world’s second richest person.Elon Musk’s net worth is as much as $127.9billion.Tesla’s share price surged from $7.2 billion to $127.9billion and added $100 billion to his net worth in this year.It is most of anyone on the Bloomberg’s Billionaire Index rankings of world’s 509 richest people.

In The beginning of the year he was ranked at the 35th position.Elon Musk is the second person to take over Bill Gates after Amazon’s founder Jeff Bezos in 2017 acquired Tue world’s richest person’s position. Musk leads Bill gates by 0.2 billions ,Bill Gates’ net worth is $127.7 billion.His fortunes are driven by Tesla which is valued four times more than SpaceX stakes.

Musk attended the University of Pretoria in Canada for six months then he entered The Queen’s University in 1989. Later in 1992, he went to University of Pennsylvania to study economics and physics in 1997 he graduated with a B6of Science in Economics from Wharton School and Bachelor’s in arts in Physics from College of arts and science. He also got accepted at Stanford University in California for a PhD program in energy physics/material science but dropped out within 2 days.

Elon Musk has founded The Boring Company,Neuralink,OpenAI apart from Tesla and SpaceX. In 2018 Musk was elected as a Fellow of the Royal Society and in the same year he ranked 25th on the Forbes The World’s Most Powerful People. In 2019 he was ranked on the Forbes Most Innovative Leaders Elon Musk founded SpaceX in 2002 and in 2004 joined Tesla Motors Inc which is now Tesla Inc.A year after it was founded he become one of its founding architects in that year and in 2008 he became the CEO.