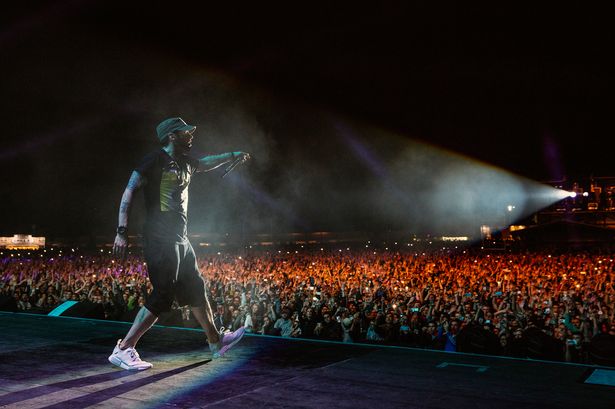 If you started your year with an Eminem album it’s only fair to close out with one. Most stans have grown used to the long waiting periods between Shady’s albums however this has changed since Kamikaze. Now you just have to be alert cause the man is liking the taste of Surprise releases.

Slim Shady returned earlier this year with Music To Be Murdered By, a 20 song album that featured hit songs like Godzilla (Featuring Juice WRLD and Darkness. Exactly 11 months later on 18th December, the Rap God came out with a B-Side to the album consisting of 16 new songs.

The album features the likes of frequent collaborator Skylar Grey, DJ Premier, Ty Dolla $ign, and the much-awaited return of Dr Dre. To accompany the release Eminem released a music video to the song GNAT which directed and released by Colle Bennett (Longtime collaborator of Juice wrld)

In the song GNAT, Eminem talks about ranging issues from Covid-19, Political Tensions, Trump, Stupidity caused by denial, and his position in the isles of Rap History.

The rapper recently turned 48 and has increasingly been asked by the media about him leaving the rap game. He addressed this in a new song saying,

“Where am I supposed to go from here? Oh hey, oh-oh-oh
Really I have no idea
All I know it’s every time I think I hit my ceiling
I go higher than I’ve ever f****n’ been”

– Eminem, Higher from Music To Be Murdered By Side B

So clearly the rapper has no intentions of hanging up his gloves any time soon. Music to be Murdered by was released on January 17 earlier this year.

You can listen to the latest album on Spotify, YouTube Music and other streaming services

TagsEminem Music To be Murdered By New Slim Shady

2020: Moments that defined this roller coaster of a year
Alta Mar Season 4: Everything you should know is right here
Comment