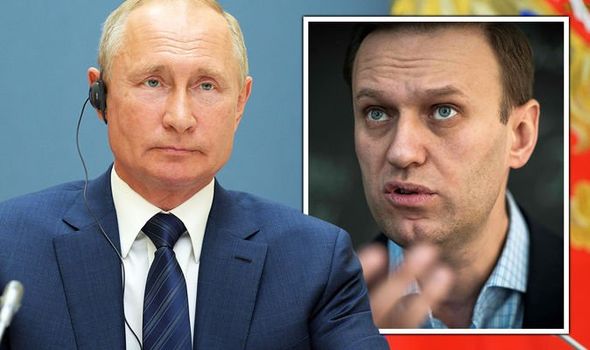 The European Union has finally given their verdict regarding the poisoning of Russian opposition leader Alexei Navalny. In the verdict, they have laid the responsibility for the alleged assassination on the office of Russian President Vladimir Putin. The EU has sanctioned six senior Russian officials to have attempted the murder.

The European Council released a list of the officials who have been sanctioned by them on Thursday. The list includes two senior officials from Putin’s Presidential Office and Russia’s intelligence agency, the Federal Security Service (FSB). This incident happened after Navalny fell sick during a flight from Siberia in August this year. Soon after, he was airlifted to Berlin for treatment. There the doctors revealed that he had been poisoned with a nerve agent called “Novichok”. They said it is a chemical weapon prepared by the Soviet Union. It was also used to poison the former Russian double agent Sergey Skirpal in Britain back in 2018. After being poisoned, Navalny slipped into come for three weeks.

Germany, United States of America and other western countries are demanding an explanation from Russia. They have warned Russia that there will be consequences of their actions. The EU Sanctions have accused Putin’s office of the poisoning of the opposition leader to discredit his leadership.

Among the six officials, the two topmost is Andrey Yarin, Head of the Presidential Domestic Policy Directorate and Sergey Kiriyenko, Putin’s first Deputy Chief of Staff. Both the officials were given the task to manage the Kremlin’s control over Russia’s domestic politics. The sanctions document published the EU claimed that there was a “task force” set up by the Putin’s Presidential Office, allegedly led by Yarin. The document claims that Yarin’s roe was to discredit Alexei Navalny.

The sanctions further claim that Alexei was the target of harassment and repression by the state and the Russian Federation because of his strong influence as an opposition. Furthermore, only Russians have access to the Novichok used to poison Navalny. They have also accused Alexander Bortnikov, FSB Head to be responsible for providing the necessary support to the team that was sent to poison Navalny.

Russian Denies All Accusations By The European Union Regarding Alexei Navalny

As per the reports, Russia has denied all the accusations against them regarding the poisoning of Alexei Navalny. The Russian officials have questioned the authenticity of the reports and even suggested that he might have been poisoned in Germany itself. Dmitry Peskov, Kremlin’s spokesperson, claimed that the EU Sanctions was an “unfriendly step” and it harms their relationship with Russia. Foreign Minister Sergey Lavrov said that the sanctions would be reciprocated with appropriate measures.

Currently, Navalny is staying in Germany and is recovering slowly. He was released from the hospital last year. Labs in both France and Sweden have confirmed the use of Novichok as the poison used to kill. Navalny’s team said that the traces of the poison were found in the hotel water bottle found in Navalny’s room. They suggest that he was poisoned before he left for the airport. But the bottle didn’t have enough poison to harm Navalny significantly. So how he was precisely poisoned is still a mystery.

Meanwhile, Russia has blatantly refused to open a criminal investigation behind Navalny’s poisoning. They have accused Germany of not cooperating with him. Reports suggest that Vladimir Putin allegedly told France’s President Emmanuel Macron that Navalny might have poisoned himself and staged the entire incident.