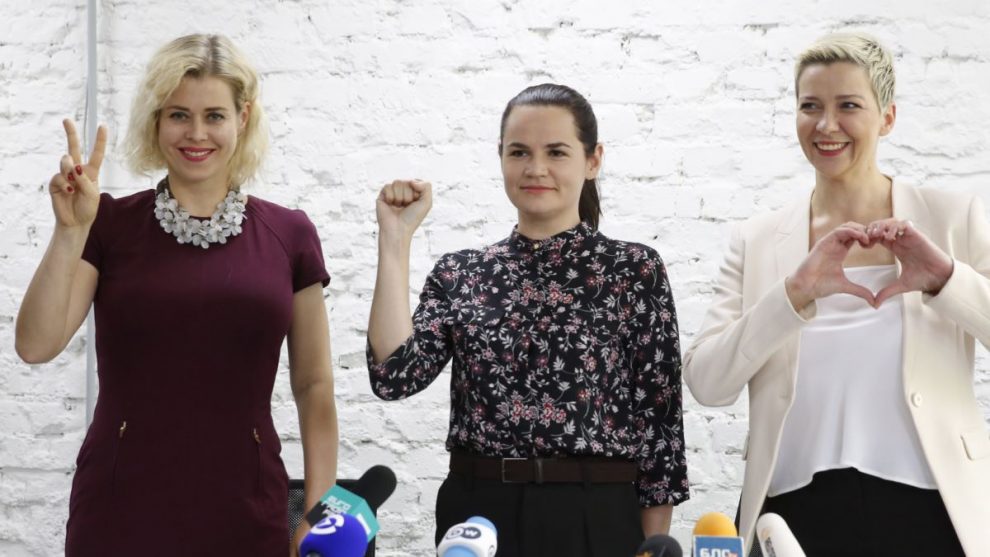 European Union recently announced that they had awarded their top human rights prize to the Belarus opposition movement and it’s leader Sviatlana Tsikhanouskaya. She and the members of the movement challenged President Alexander Lukashenko reign.

During a speech at the European Parliament, President David Sassoli awarded the Sakharov Prize to the deserving people. He said that the laureates have shown “courage, resilience and determination”. He said that they had the courage to stand still and robust even when the conditions against them were much more vital. Sassoli added that the laureates fought with the truth that no brute force could ever defeat.

After a long and hard protest, the 27-bloc nation has agreed to impose sanctions against the officials in Belarus who had been accused of election misconduct and the brutal security crackdown on the protestors. The EU has warned Alexander that they will be forced to impose the sanctions if he refuses to enter into talks with the Opposition and order an end to the brutal security forces. They also said that the elections would be re-conducted under International supervision.

Sviatlana Joined The Protests After Her Husband Was Jailed

Alexander had won the Presidency in Belarus for the sixth time, but the elections were believed to rigged as he reportedly won by 80% votes. Since then, the country has been facing mass protests against the elections and Alexander. Sviatlana, the primary challenger of the votes along with other protestors, refused to accept the results and said that the results had been manipulated. She is a former English teacher and has no previous political experience. Sviatlana decided to join the protests after her husband was jailed who was running for President as well.

She shares the Sakharov prize with other leading members of the oppositions’ Coordination Council. It was created after the elections were held to facilitate the talks of the transition of power with Alexander. Other party members also include Mikola Statkevich, who was also recently jailed.

European Union has awarded the prize to other fighters as well. Last year, this award was given to Ilham Tohti for defending China’s Uighur minority. Other people shortlisted for the award includes activists who defended the Guapinol river in Honduras and murdered environmentalist Berta Caceres.

President Sassoli, in his speech, also paid tribute to the murdered environmentalist Arnold Joaquin Morazán Erazo who fought against the iron oxide mine in Honduras. He was killed earlier this month. The ceremony of awarding the prize will be conducted on December 16, in Strasbourg, France.