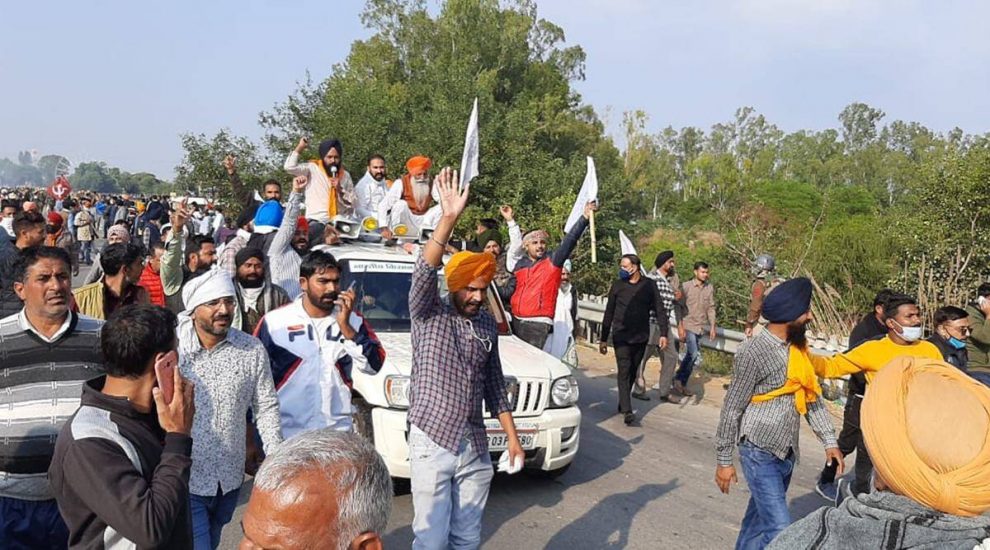 New Delhi: Security personnel around the nation’s capital have been on high alert since the Farmers from various states protesting the new Farm Bill are set to enter its borders today.

The security measures ranged from Police Barricades to Water Cannons and even deploying the BSF and RAF. Farmers believe that the new bill will take away their bargaining power and set the power in the hands of corporate retailers.

Famers arrived from surrounding states like Haryana, Uttar Pradesh, and Punjab to far-away states like Kerala. The farmers united under the Delhi Chalo banner. Most of these farmers were either detained or stopped around Delhi’s borders across various toll plazas.

The police showed little restraint firing the water cannons on the protests along the Punjab-Haryana Border, in temperatures as low as 13 Degrees Celsius.

Politician and activist Yogendra Yadav was detained at Manesar and is currently under preventive custody. Yadav was booked under the Pandemic which forbids mass gatherings

When questioned on this, the activist countered saying, “Doesn’t the pandemic act apply to those politicians holding rallies with thousands of supporters and no social distancing norms? Didn’t the act apply to the Bihar Polls? Or is there a pandemic only existent when farmers try to protest?”

The activist bought up a good point shining a light on the government using the pandemic as a ruse to suppress dissent. Yadav also pointed out that in light of 26th November being constitution day, it’s ironic that he doesn’t have the liberty to exercise the very right the constitution gives him.

The Delhi Government’s refusal to allow a protest is justified by the rising number of cases in the capital. However huge teams of police officers have been deployed around the borders of the capital

Barricades have been set up near the border areas and from towns to villages in Gurugram district. Some 900 police personnel have been deployed in all across seven different places, particularly at the entry points to Delhi.