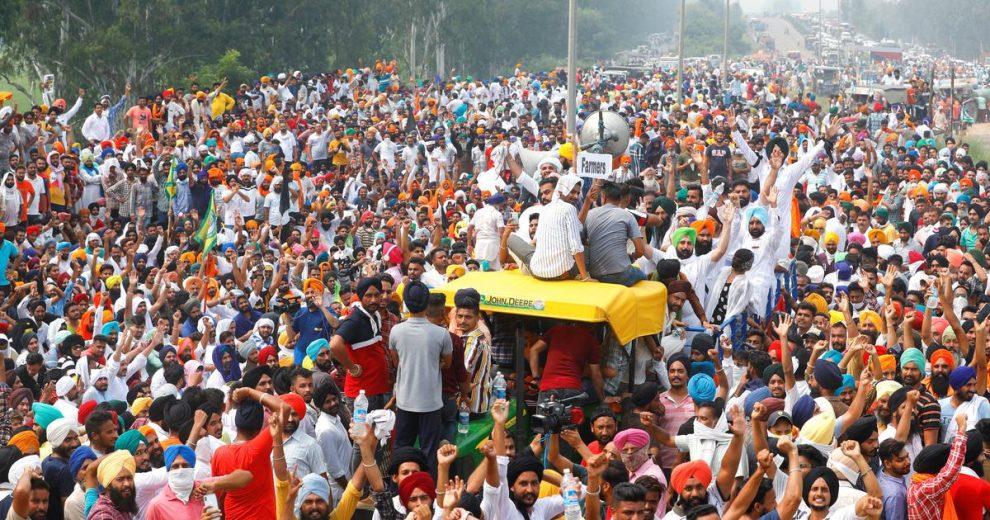 On the seventh day of the kisaan Andolan -farmers protest multiple groups of farmer unions demanded a special session of the Parliament to address their issues regarding the new farm laws. The unions have also warned that they would be burning effigies throughout the country to protest against Prime Minister Narendra Modi and corporate houses on 5th of December.

The unions are demanding to the central government a special session at the parliament in order to repeal the farm laws and they will agitate till farm laws are not repealed .

The number protesters has been increasing at the Delhi border points hence the police has to increase the security after thousands of protesters have blocked the key gateways to the capital since seven days.As the protests at Delhi-UP border in Ghazipur has been intense it has lead to a closure to key route connecting to Delhi with Uttar Pradesh.

The Chilla border on the Noida link road was also closed due to traffic due to the ‘Kisaan Andolan ‘near Gautam Budh Dwar.

Even as farmers threatened the government, Union Minister of Agriculture Narendra Singh Tomar told the media that on Thursday they would be holding discussions with farmers’ representatives.“We have called a meeting with farmers tomorrow and let’s see to what extent issues can be resolved,” Tomar said.

He told the farmers that the laws are in their interest and the reforms have come after a long wait.

Tomar and Union Railways and Trade and Industry Minister Piyush Goyal were told of the farmers’ demand by Union Home Minister Amit Shah about Tuesday’s talks they had with the farmers’ leaders at Vigyan Bhavan.

This might interest you: Farmers Protest: Celebrities and Public Figures join the agitations.