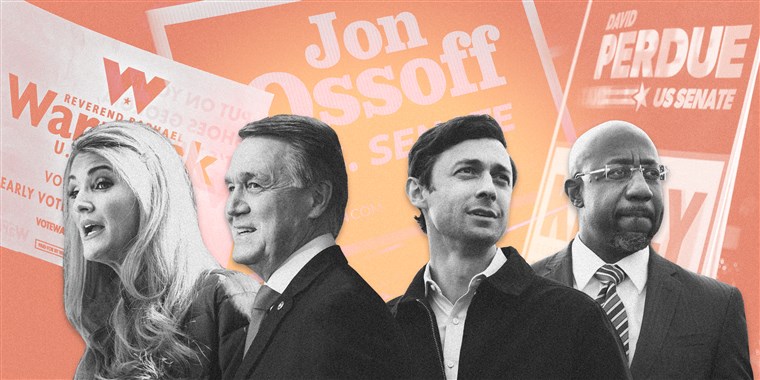 The Republican representation in the 2021 Georgia Senate run-offs is a rather peculiar one. In David Perdue, you may find a man who was elected to power and went on to misuse that power to benefit himself. It’s a mentality that makes a successful CEO, but for all of Purdue’s wrong-doings, he was, an elected representative. Now imagine a candidate with all the ills of Perdue but no one even gave the responsibility to them. That’s a mild way to describe Senior United States Senator from Georgia, Kelly Loeffler.

Kelly Loeffler was appointed to the US Senate by the Republican governor of Georgia, Brian Kemp after sitting Senator Johnny Isakson resigned due to health issues in December of 2020. Before her untimely appointment to lead a state, she did try to enter into the political arena during the 2014 Senate Elections in Georgia but ultimately passed on the ticket as she was busy overseeing her company’s acquisition of the New York Stock Exchange. Yes, the NYSE.

So if you had any doubts about what class of citizen Loeffler is, it is the mega-rich. In fact $800 Million rich. She was born and bought up in Illinois and found her career flourishing in New York, a fact that she tries her best to cover up with a patronizing southern accent. In 2002 she joined Intercontinental Exchange,  a commodity and financial service provider, in investor relations and in 2004 married the firm’s CEO Jeffrey Sprecher, ultimately securing the position of Marketing Head.

It wasn’t long after that she was sworn in did Loeffler use her office to benefit her own interests. Around January, Loeffler and a few other senators received a close door briefing about the impending threat of the virus. As was the case with Purdue, Loeffler immediately began designing her stock profile that would better suit a deadly pandemic rather than shielding her constituents from the same.

Loeffler is the richest serving senator and that reflects in the number of stocks she traded after her private briefing valuing up to $18 Million. All while being a staunch Trump ally who denounced the virus and the use of masks. This would have been bad enough if her strategy to fight her opponent Reverend Warnock wouldn’t have just been limited to labeling him a Marxist and communist all while it was clear on Loeffler’s face that she had no idea about either of the two ideologies.

If that wasn’t a good enough track record Loefller has prodly declared herself to be the most conservative senator in the united states, frequently endorsing anti-abortion and anti-LGBT groups. To top it off she recently gave an interview to a White Supremacist, AS YOU DO.

So it seems that the Republican’s answer to a state struggling to cope with the pandemic and with its residents suffering due to the economic crisis is two people so out of touch with the common people of Georgia that may very well cause a Red state to completely flip Blue.