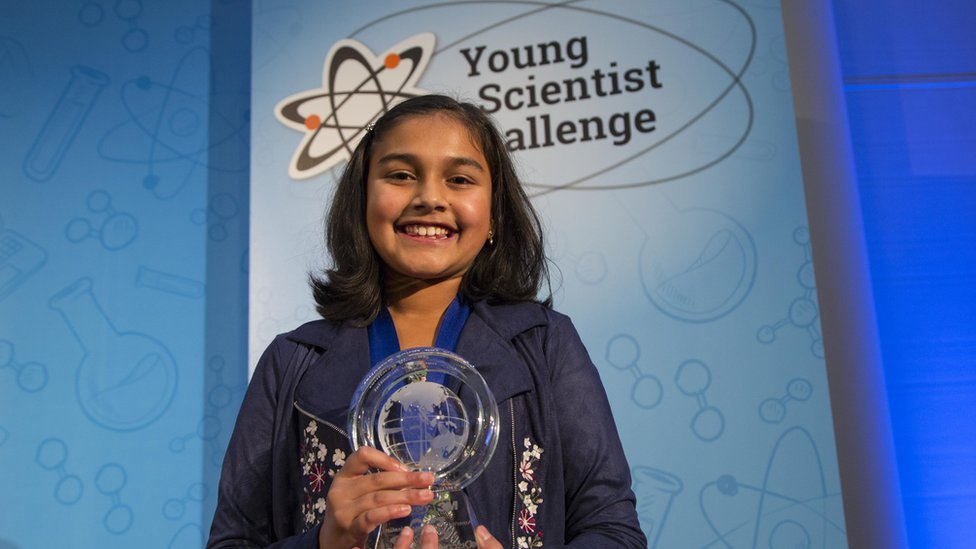 When you’re just 15 years old and still are struggling in life with studies and building up your career, here we have our own, Gitanjali Rao, an Indian American Young Scientist creating her history and success in the books the world. This young scientist has recently made it to becoming the face of TIME Magazine and TIME’ Kid of the Year’. Well, it is really astonishing how a 15 year old is achieving so much at such a age.

15-year-old Gitanjali has always been in the mouths of many since when she published her book at the age of 9, titled “Baby Brother Wonders”. Since then, she has been receiving various scholarships in science, arts, and community service. For the book, written from Rao’s baby brother’s point of view, she even received the 2nd prize in the PBS National Writing Contest. Rao has also been a Davidson Young Scholar since 2012, for which she has been receiving many accolades. Rao’s success did not stop here. Her most significant achievement was when she was named America’s Top Young Scientist in 2017.

In the same year, she was also a “TIME for Kids” Kids Reporter. Rao’s hobbies include singing, Indian Classical dancing, swimming, Baking. She even learned to play the Bass Guitar and the piano. Apart from all these, Rao has also been at community service and has been offering her service at an organization called, Children’s Kindness Network, where she has been spreading anti-bullying messages. She was the receiver for the Nicholas Green Distinguished Award and Kohl’s National scholarship. Rao dreams of studying genetics and epidemiology at MIT.

From a nine-year-old to today, 15-Year-old, Gitanjali’s journey has always been one out of many. TIME Magazine this year named Gitanjali Rao, the TIME “Kid of the Year” for her incredible work using technology to tackle issues ranging from contaminated drinking water to opioid addiction and cyberbullying.” Although the world is facing a disastrous fate, Kids like Gitanjali are that shimmer of light who keeps hope ignited in the world. Ms. Rao got selected from more than 5000 nominees for the accolade. Actor and Activist Anjelina Jolie interviewed her for the same. Ms. Rao states a guiding message for her young generations, that “if she can do it, anyone can do it”. Science has always been a passion for Ms. Rao, and this one thing is that it makes her happy. In her free time, in the quarantine period, like all other 15-year-olds, Rao loves to bake at her home, and she ends her interview by exclaiming that, Baking is also science and she loves doing it.

Photographer Sharif Hamza, who took the cover picture for Ms. Rao for TIME Magazine, states in his Twitter handle that he also wants Rao to be the role model for his two daughters.Rao has also received praise for her innovation, Tethys, to detect lead in water, for the Michigan Water Crisis. In 2019, for her design, Rao made it to the Forbes Prestigious 30 under 30 list.