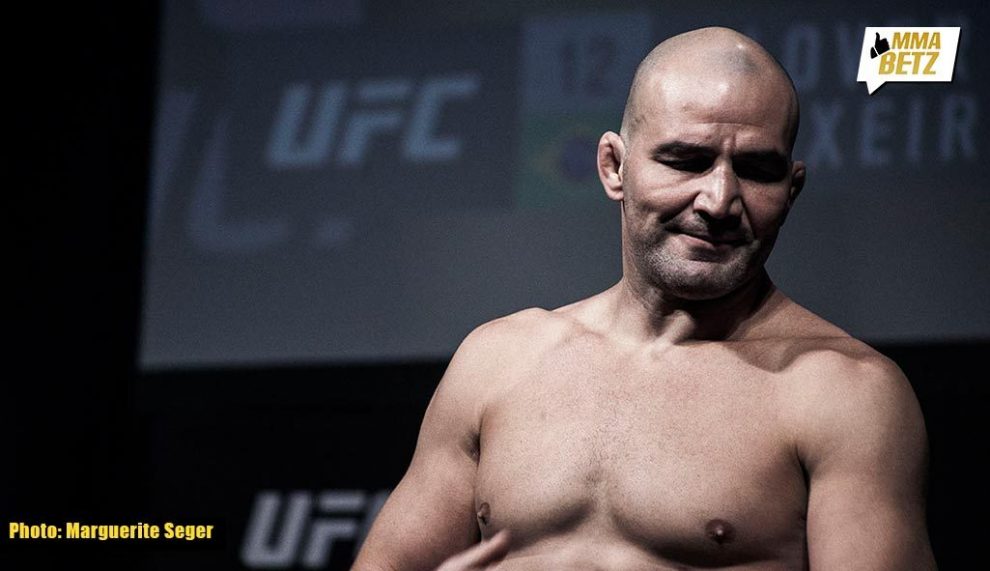 As exciting as all the glory and flashiness of a scenario where The last Stylebender achieving two-divisional success is, it results in a fighter who has had the complete opposite story to that of Adesanya, being robbed in the final stages of his career, The Old Man Glover Texiera. Now, this is not to say that Texiara has had an unnoticed career, the man has the highest number of submission victories in the division’s history. He has even faced former champion Jon Jones, though he came up short on that endeavor he went the distance with Jones.

Now at the age of 41, he has managed to string up a five-fight win streak with his latest victim being #2 ranked Thiago Santos. Currently, the situation in the division is as complex as it gets. After Jones vacated the title most people expected Dominick Reyes to be the next champion but Jan was quick and brutal with his Polish Power to squash those aspirations.

Glover has beat young contenders in impressive fashion , many via submission

The return of Gustafson made many people wonder if another top contender was going to enter the mix but it took a swift armbar from Fabricio Werdum to remind us not to dream too far. This situation got even more tangled when Werdum decided to sign with the PFL. And if this wasn’t enough the Champion himself seems to have a bloodlust to face Jon Jones even saying he might move up to heavyweight

As it stands Texiara seems to be the only logical challenger to the throne and with the constant dreadful gaze of father time, one may be right to think it’s now or never for the Brazilian to have a taste of UFC Gold. In my personal opinion, Texiara should receive the title shot before Adesanya tries his hand over it. In fact, the whole premise of Adesanya moving up to light heavyweight was centered around the super-fight with Jon Jones .

Now that Jones is set to enshrine his legacy with heavyweight accolades it seems only right that Adesanya puts his division change on hold, unless he wishes to move up two weight classes to heavyweight which will not be easy or quick transition for the Kiwi. Moreover, it’s a matter of maintaining stability in two divisions. The balance at LHW seems to be hanging by a thread while Middleweight has a lot of attractive top contenders, but losing a champion in Adesanya would diminish its credibility to a limit.

The fact that Adesanya has so many options is enticing but the afterthought of what happens to these divisions seem concerning.

Also Read: Khabib Nurmagomedov plans to get MMA into the Olympics by 2028

At 20-0, What’s next for Israel Adesanya?
Wrestling World Cup 20202 will have 24 participants
Comment

Wrestling World Cup 20202 will have 24 participants