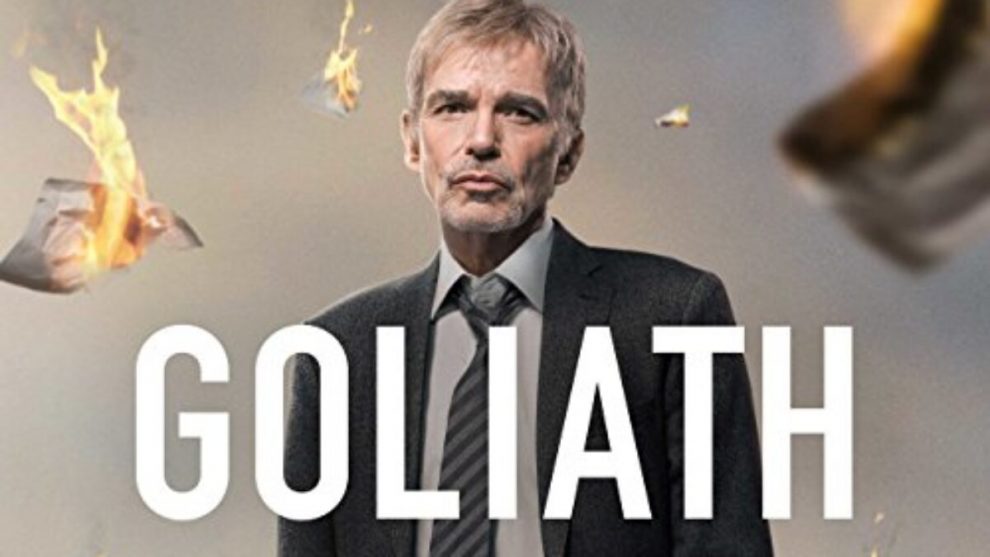 The makers of Goliath have officially confirmed that the series has been commissioned by Amazon Studios after the massive success of the previous Seasons.Here’s everything you need to know about the release date, cast, trailer and plot of the new series.

Goliath is an American web series by Amazon Studios. Goliath follows a lawyer (Thornton) as he seeks redemption. His one shot depends on getting justice in a legal system where truth has become a commodity, and the scales of justice have never been more heavily weighted toward the rich and powerful. It has bagged a lot of awards nominations: Golden Globe Awards(won) and Sattelite Awards in 2017 and 2019 respectively for best actor TV series drama (Billy Bob Thornton), Sattelite Awards 2019 for the Best supporting role (Mark Duplass, )Best Supporting Actor in a Series, Miniseries or TV Film(Dennis Quaid), to name a few

for The first season consisted of eight episodes on and premiered on October 13, 2016, on Amazon Prime Video. On February 15, 2017, Amazon announced the series had been renewed for a second season and confirmed that Clyde Phillips was joining the series as showrunner. The trailer for season 2 was released on May 1, 2018 Season 2, consisting of eight episodes, was released on June 15, 2018. On December 11, 2018, the series was renewed for a third season, which premiered on October 4, 2019, On November 14, 2019, Amazon announced the series was renewed for a fourth and final season, it is produced by David E. Kelley Productions, Jonathan Shapiro Productions and Amazon Studios.

When is season 4 releasing?

As confirmed by the Amazon Studios on the 4th instalment of the series will be released in 2020, probably around by the end of this year. Vernon Sanders, Co-head of Amazon Studios Televisionsaid: “Goliath has been one of our most popular shows ever on Prime Video, “We’re so thankful to Billy Bob, Larry, Geyer, Jennifer, Steve, and the entire Goliath team for bringing this series to life. We’re happy that our customers around the world will have a chance to see Billy McBride bring this final chapter to a close on Prime Video next year.”This season will be the last i.e the finale season of this series

Are you excited for the new season? Let us know more