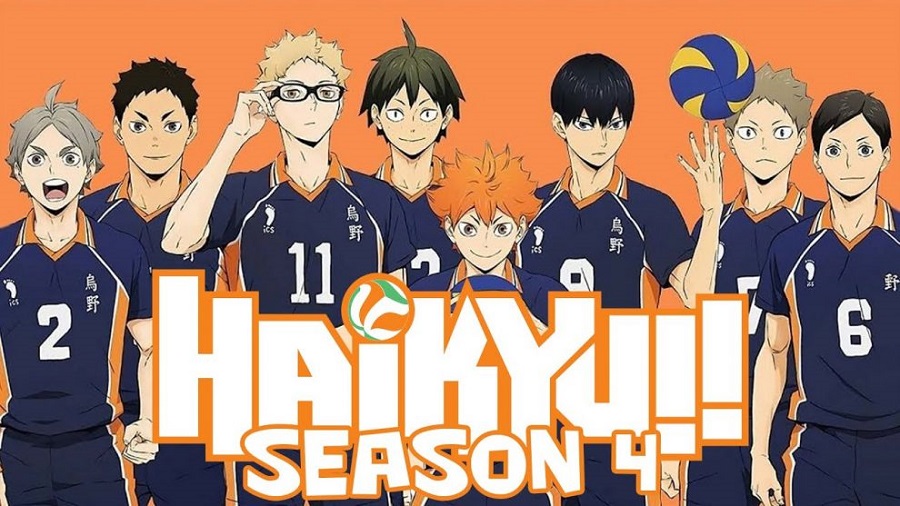 Haikyuu!! a Netflix series has been a fan favourite ever since it was first released. With three seasons so far, it has made its place in anime series. The Haikyuu!! Season 3 was released back in 2016 and it been a long time since the fourth season came out. Well, fans do find peace in knowing the fact that they do have season 4 to hope for. However, there was a wave of good news when Haikyuu!! was announced to be released in April this year but then it got pushed to July. Thanks to COVID-19. And it got delayed from July as well this year. But then it got delayed again. And now we finally know when the series would be released.

Hinata Decides To Stay As A Ball Boy After Cracking In As Player In Haikyuu!!

So far, we saw that Haikyuu!! and V. League collaborated for a match Between The Scheweiden Adlers and MSBY Black Jackals. There are the two teams that Kageyama and Hinata will be playing for once they have graduated and gone professional in. Players from different groups all over get invited to see the match.

Then we see that Karasuno won over Shiratorizawa and will now be preparing for Nationals after five long years. This also led to Kageyama getting an invite for the All-japan youth training camp. Along with him, Tsukishima also got invited to the training camp. And that is something he didn’t see coming.

While people were getting invited, Yamaguchi and Hinata didn’t get invited to first-year training camp. At the same time, Yamaguchi is dealing with it in his way. Hinata is having a hard time. He decides to take things on himself and managed to crash for the Miyagi Training Camp. However, on the first day, Coach Washijo denied to let him enter. He told Hinata that he could either leave and never come back, or he could join the camp as a ball boy. And Hinata chooses to stay. He starts to clean floors, gets water for the players and does all the menial jobs. Well, at least that’s what we thought.

While Hinata was cleaning floors and seeing other people learn and practice, he was doing much more. Instead of feeling bad about himself. He decides to take advantage of his time and work on his observational skills. He saw the intricacies and tricks of the fight. At the same time, Kageyama gets to train with some super talented players from all over Japan. This bunch includes Miya Atsumu and Korai Hoshimui.

After they all return from the camp, it time for nationals.

When You can Expect Haikyuu!! Season 4?

The Haikyuu!! season 4, part one started with the Nationals, and it was hectic. We see that Hinata lost his shoes and Karasuno is trying to fit in with the new environment and the area. Their first match was against Tsubakihara Academy, and it didn’t go well. They made some grave mistakes like Kageyama’s expertise in accuracy was nowhere to be seen. Despite all the mistakes, they managed to win.

In one of the matches, Hinata surprises everyone when he jumped higher than everyone. And then gets so excited that he has to hit the ball as well. Watching him at the jump like that, Inarizaki players get astonished and promise that the next match will be better.

Well, it’ll be fun to see what happens in the next match. The Haikyuu Season 4 part 2 will release on October 2, 2020.

Jack Ryan Season 3: Is there another Season of Jack Ryan? What to expect?
Is Brie Larson a part of The Umbrella Academy?
Comment