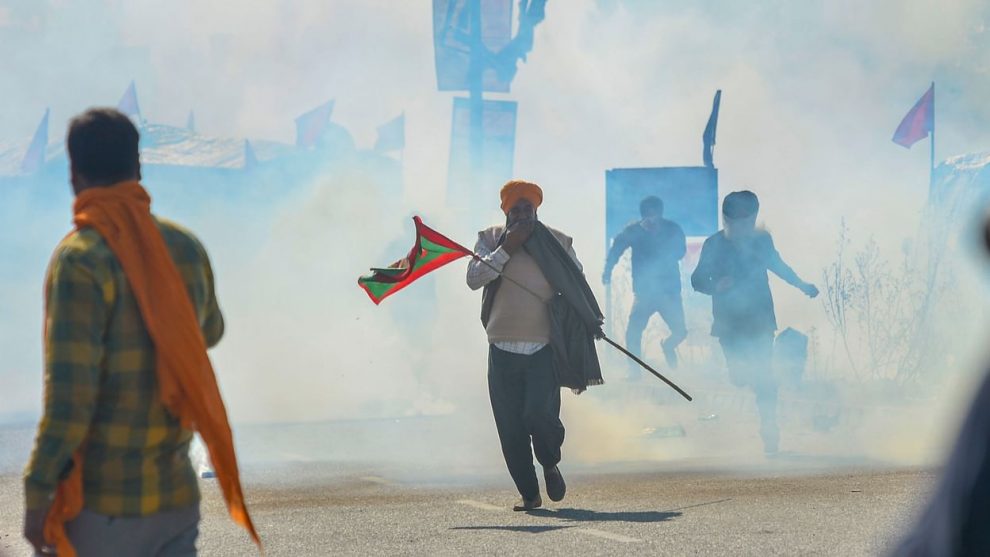 Farmers have entered the third day of Protests around Delhi

New Delhi: After two days of clashes between protesting farmers and security personnel at the Delhi Border, Union Agricultural Minister Narendra Singh Tomar asked all protestors to end their ongoing agitation, promising to have talks on the 3rd of December. Meanwhile, tear gas shellings and water cannons were rampantly used to disperse the protestor’s throughout the day.

“The government has always been ready to discuss issues with farmers. We have invited farmers’ organisations for another round of talks on 3rd December. I appeal to them to leave agitation in view of COVID-19 and winter,” the minister said during a statement to the ANI

After two days of intense face-offs at the border, the protestors were finally let inside the capital halfway through day 3. These two days saw people tearing down concrete barricades while being constantly pushed by the police using anti-riot tactics and mechanisms.

Across multiple entry points of Delhi, over 900 policemen were deployed accompanied by the Rapid Action Force and the Border Security Force. The police have also resorted to digging up pits on major highways in order to restrict the protestor’s entry. It was even made sure that the kachha-rastas leading to Delhi were also secured.

Prime Minister Narendra Modi has described the new bill as one which will ”revolutionize the agricultural industry”. The bill looks to make it possible that farmers can sell their products to individual buyers. The main motive of the bill is to solve the surplus production problem in India.

However farmers are worried that the new bill will eliminate their bargaining power and leave them open to corporate exploitation. The opposition Congress claims that the bill will strip off the importance of government-run mandi’s in the process killing the farmers only way to sell at regulated prices.